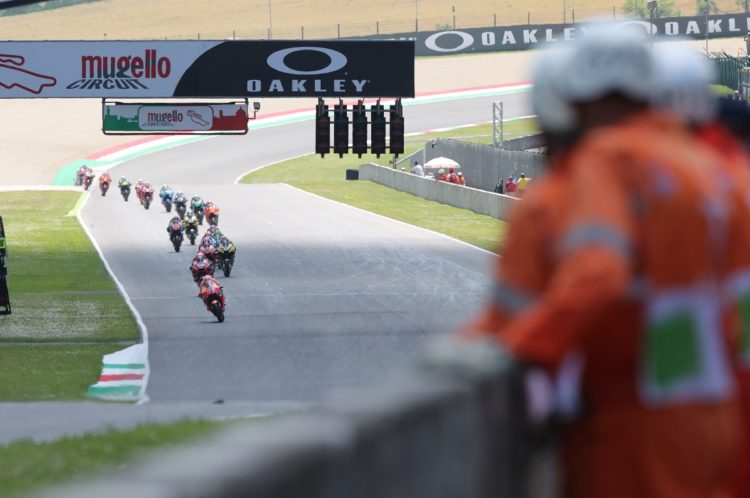 The Italian and Barcelona grands prix have become the latest rounds of the MotoGP world championship to be postponed until later in the season due to Covid-19.

The first six contests of the 2020 campaign have already been cancelled or postponed as a result of the ongoing Covid 19 pandemic, and with the situations failing to improve sufficiently in either Italy or Spain their respective rounds that were due to begin the season have now also fallen by the wayside.

The news was announced in a joint statement from the FIM, IRTA and Dorna Sports this morning.

“The FIM, IRTA and Dorna Sports regret to announce the postponement of the Gran Premio d’Italia Oakley and Gran Premia Monster Energy de Catalunya, which were set to be held at the Autodromo del Mugello from the 29th to the 31st of May and at the Circuit de Barcelona Catalunya from the 5th to the 7th of June, respectively.

“The ongoing coronavirus outbreak has obliged the two events to be rescheduled.

“A revised calendar will be published as soon as possible.”

Dates for the postponed races have yet to be confirmed, with MotoGP promoter Dorna deciding o wait until the situation clears before releasing a revised calendar.

The German GP at the Sachsenring now becomes the provisional season opener on the 21st of June, but it remains to be seen as to whether this or the succeeding Dutch TT or Finnish events will also have to wait with no end to the pandemic currently in sight.

Covid 19 has infected over 1.3 million people worldwide, with nearly 75,000 losing their lives as a result of the virus, with these numbers continuing to quickly rise as more countries begin to feel the full brunt of the illness.