Insight: The lowest low on a shambolic day for Formula 1 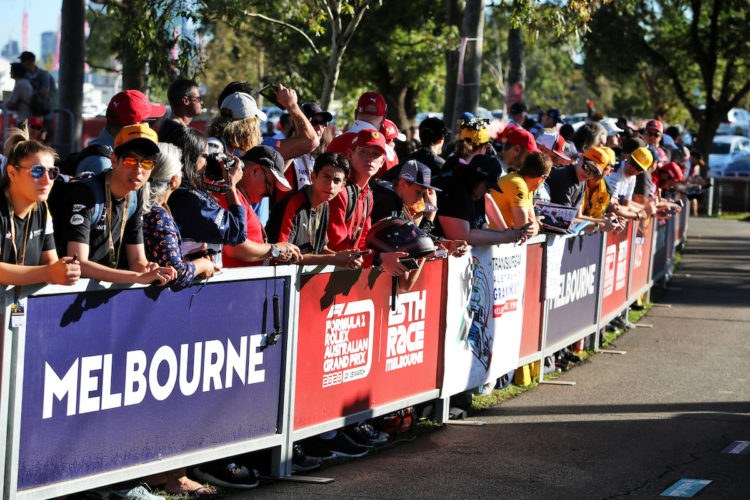 Formula 1 has had plenty of low moments in its 70-year history but the inaction, confusion and sheer lack of authority across 24 hours in Australia was its lowest.

This was not a situation caused by an unexpected accident or a weather event but instead a virus that has been spreading rapidly in recent weeks, causing travel delays and widespread concern.

Formula 1, along with governing body the FIA, pressed ahead regardless – with little in the way of communication – as those teams based in the worst affected areas (Italy) managed to get out of the country and into Australia.

As early as Thursday there was an air of caution in the paddock as everyone questioned whether the event should be going ahead, given the nature in which some countries were shutting down, while other major sporting events pulled the plug.

That concern had been heightened by the fact that a handful of Formula 1 team personnel self-isolated in case they had the virus, having reported feeling unwell.

Just after 10pm on Thursday evening McLaren Racing issued a statement in which it confirmed that one team member had tested positive for the virus. As a result it withdrew its participation from the remainder of the weekend and immediately threw the event itself into doubt.

From Formula 1 and the FIA there was total silence, as rumours that a statement was imminent failed to materialise, meaning many journalists stayed awake through Thursday night as the situation evolved, chasing contacts and information.

As Friday the 13th trickled through the early hours senior figures gathered in Formula 1 to discuss the matter and a vote was split 4-4 on whether to proceed with the race. It is understood that Mercedes, Red Bull Racing, Racing Point, and AlphaTauri voted yes, while Ferrari, Alfa Romeo and Renault and the already-withdrawn McLaren said no, with Williams and Haas abstaining. As that situation developed four became two, with Daimler instructing Mercedes to pull out, meaning its customer also went.

Even before that development the fact that only 10 cars were going to race meant that there would not be a race, given that the Concorde Agreement states that 12 cars must be entered for a grand prix.

But until the relevant documents were submitted to the FIA – who initially refused to say a word on any matter before relenting – they could not yet cancel the grand prix for the commercial agreements meant they would be liable.

Meanwhile the Australian Grand Prix Corporation pressed on with its own plans and in a matter of moments the situation changed, suggesting that the event would go ahead with the support categories but without any spectators. This was a late requirement by Victoria’s government. But by the time this decree had been issued fans had already gathered at the gates, which were due to be opened at 08:45, as they waited to be allowed in. The gates remained closed, information communicated was sketchy at best, before the call was issued by the government not to let any fans in. By which time a large group of people had congregated in a confined space, having used public transport, as well as all manner of other outlets such as hotels, cafes, restaurants etc. Likewise for all Formula 1 personnel, who early on Friday were informed to proceed with the event as usual.

Guidelines were never issued. Advice was thin on the ground. There was no procedure in place. The safety and health of everyone involved was pushed as priority but there was no care for that. They can try to pull the wool over our eyes but we are not sheep. Everyone failed in their duty.

Finally, at 10am local time, a statement was issued by Formula 1 and the FIA, in which the race’s cancellation was finally confirmed. But that should have come at least seven hours prior. And even then the Australian Grand Prix Corporation issued a separate statement revealing that it was Formula 1 that triggered the cancellation. No one individual was quoted in either press release. Cash is king…

What the hell happens next is anyone’s guess.