Insight: A weird and subdued atmosphere as F1 reunites 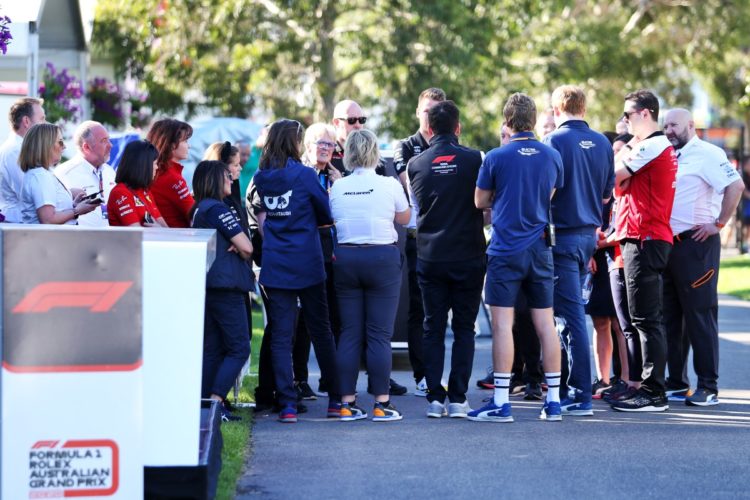 There is usually a certain spark in the air as Formula 1 reunites in the paddock to gear up for its first round of the season in Australia.

But something in the air is exactly what’s causing concern and trepidation ahead of this Sunday’s planned grand prix in Albert Park, Melbourne.

Typically there is widespread excitement, gleaming faces, and anticipation about what might happen through the three days of track action.

But this year the sole talking point is the COVID-19 coronavirus that threatens to derail the Formula 1 season. Even the major Ferrari/FIA/seven teams engine saga has barely been mentioned.

As must be stressed Formula 1 is low down on the list of global priorities but, in keeping with a mentality that is best described as stubborn, it is pressing on with the show the best it can.

In comparison MotoGP’s opening quartet of rounds have already been called off, Formula E has acted, while outside of motorsport several major events in football, tennis and basketball have been consigned to the bin for the interim period.

The weird atmosphere in the Formula 1 paddock was heightened by an unusual media day.

Fist bumps, elbow brushes and even foot taps replaced the usual handshakes as people caught up with each other after a prolonged break.

The Melbourne Walk is the famous walkway between the car park and the paddock but today drivers and senior figures had to awkwardly wave at fans from a distance.

Teams agreed on Thursday morning to abandon the usual TV scrum sessions and instead conduct them with only F1, who will make the footage available to broadcasters.

For written media the usual sessions went ahead but largely did so outside of the hospitality units, and, in some instances, a cordon was set up around the driver in order to prevent close contact.

A few couldn’t help but laugh at the situation and it did appear slightly comical at how there was a barrier, and a space, between us and them. Especially so given that media were talking to team press officers, who then interact with the drivers. But policy is policy.

Drivers largely tried to play down the situation, insisting their preparation is continuing as normal while stressing – correctly – that they are not the experts. “I’m not the Italian President; I’m Pierre Gasly, AlphaTauri F1 driver,” quipped, er, Pierre Gasly. “I don’t know what’s going to happen.”

Jointly the Grand Prix Drivers’ Association issued a statement but it was up to reigning World Champion Lewis Hamilton to actually voice an opinion. Having posted an Instagram Story with a masked emoji, and saying he didn’t want to leave his hotel, he was one of four drivers selected for the revised format press conference.

“I felt OK travelling out here,” he said. “Naturally being on a flight with a lot of people and stopping at an airport full of people, I didn’t really think too hard on it, I was just trying to make sure that I was taking all the precautions I could and not touching things and using hand sanitizer.

“I am really very, very surprised that we are here. I think in motorsport it’s great that we have racing, but I think it’s really shocking that we are all sitting in this room.

“There are so many fans here today and it seems like the rest of the world is reacting, probably a little bit late, but we have already seen this morning that [US President Donald] Trump has shut down the borders with Europe to the States and you are seeing the NBA being suspended, yet Formula One continues to go on.

“It’s a concern I think for the people here – it’s quite a big circus that’s come here and it’s definitely concerning for me.”

When asked why he felt the race was still going ahead, Hamilton quipped: “Cash is king. I don’t know. Honestly, I don’t know. I can’t add much more to it. I don’t feel like I should shy away from my opinion.

“The fact is we are here and I just really want to be as careful as we can be in touching doors and surfaces, and I hope everyone has hand sanitizer.

“I just hope all the fans stay safe and I hope we get through this weekend and we don’t have any fatalities or things in the future.”

Both Formula 1 and the FIA have been quiet on official advice, keeping their heads down and ploughing on regardless; it is understood that any final call will be made by the Australian government. If they feel the event cannot be held safely then they will shut it down.

‘Cancel The Grand Prix’ is a trending hashtag on Twitter while over Sydney someone left aeroplane trails that read ‘Stop F1’. We’re set for Formula 1 practice on Friday but as the uncertainty reigns supreme no-one is hugely buzzing for a return to track action.