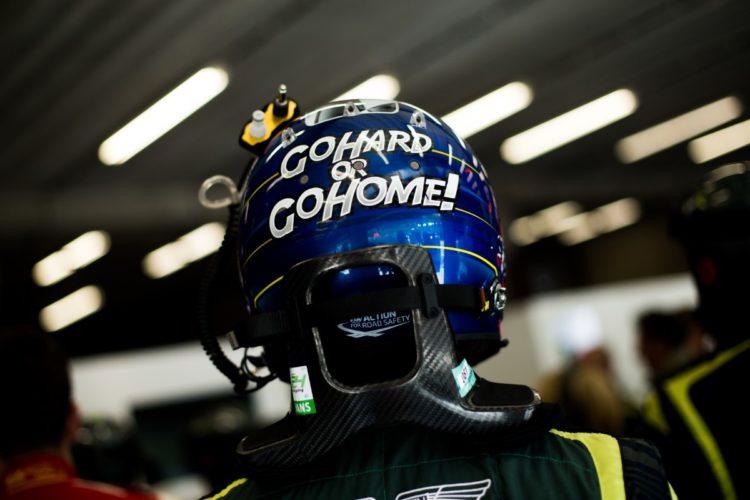 The Dane Train was in fine form around Circuit of the Americas, with Sorensen setting an opening lap of 02:00:742 before Thiim took over and improved by less than two-hundredths, putting together an average time that could not be beaten by the rest of the field.

Kevin Estre and Michael Christensen will start from second place in the #92 Porsche 911 RSR-19. Their average was 0.219s slower, but still quicker than Alex Lynn and Maxime Martin, who will line up third in the #97 Aston Martin Vantage AMR.

Fourth place was locked down by the #91 Porsche 911 RSR-19 of Gianmaria Bruni and Richard Lietz.

The two AF Corse Ferraris battled with the Aston Martins for the pole throughout the sessions, but were forced to settle for fifth and sixth in class, the #51 Ferrari 488 GTE Evo of James Calado and Alessandro Pier Guidi ahead of the #71 of Miguel Molina and Davide Rigon.

Egidio Perfetti and Matteo Cairoli put together an average of 02:02:784 to capture pole in GTE Am with the #56 Porsche 911 RSR, just 0.046s clear of the #98 Aston Martin Vantage AMR of Paul Dalla Lana and Ross Gunn.

The GTE Am front runners were quicker than the lowest-placed GTE Pro car, which was the #63 Corvette C8.R of Jan Magnussen and Mike Rockenfeller, who found themselves nearly two-tenths behind Perfetti and Cairoli.

Third place in GTE Am went to Christian Ried and Matt Campbell in the #77 Dempsey-Proton Porsche 911 RSR.