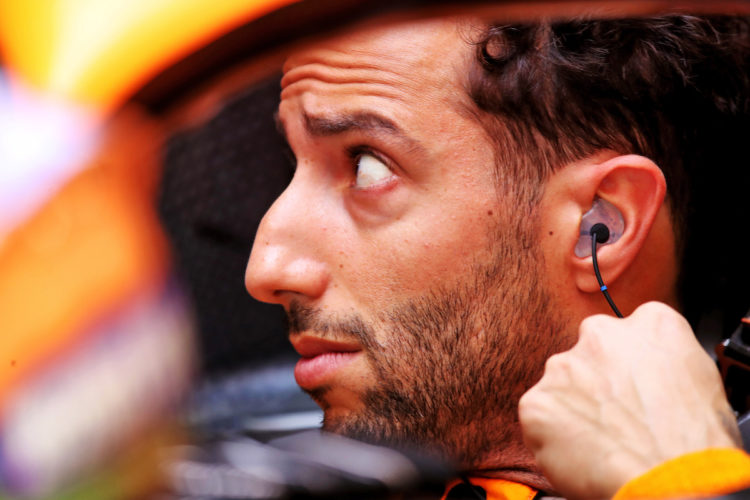 Daniel Ricciardo and Formula 1 was once an appropriate fit for racing, as his raw speed and overtaking abilities made for thrilling viewing throughout grand prix weekends.

But now, his future is currently up in the air, after compatriot Oscar Piastri declared that he would not be racing for Alpine in 2023 when the French squad announced that he would replace the Aston Martin-bound Fernando Alonso next year.

Piastri is believed to have an option in place with McLaren, which would see him replace Ricciardo whose form in F1 has been a shadow of what appealed to the team in the first place.

Prior to his move to the Woking-based outfit, Ricciardo had long been linked with McLaren. He had discussions with the team in 2018, but ultimately opted to move to Renault after announcing his Red Bull exit.

At the time, Ricciardo’s stock was high. Although he was being out-performed by Max Verstappen, who was attempting to establish himself as the lead driver at Red Bull, Ricciardo had a number of strong performances throughout the campaign that made him a viable option.

It was in those years at Red Bull that Ricciardo proved himself. In 2014, he joined the team to partner Sebastian Vettel, who was coming off the back of one of the most dominant stretches in the sport’s history. Ricciardo was comfortable and collected, taking three wins in the season.

Across the following years, he built on his maturity and fine-tuned his racing skills. He became known for having an unrivalled ability to dip out from a slipstream and brake deep into a corner to overtake a fellow driver on the inside – a move that became his signature.

But the Ricciardo that we see today is far from what we witnessed during his Red Bull days and although the team environment and the cars are vastly different, almost 18 months of disappointing results at McLaren mean it’s no surprise that McLaren is looking elsewhere.

Ricciardo’s attitude throughout the saga has been respectable. A constant bombardment of ‘why are you struggling?’ and ‘when are things going to change?’ hasn’t irritated him (at least not publicly) and he is also open to talking about things not running smoothly. He has kept up his grin and has constantly asserted that he remains dedicated to the team and adamant to, at the very least, see out his three-year contract.

F1 drivers are almost always their own harshest critics, and Ricciardo doesn’t need reminding of his struggles – but the public pressure being added to the situation has been of no benefit to him.

At the start of 2021, Ricciardo, among other drivers who made a switch to new teams, were given some leeway when it came to judging their performances, due to the minimal pre-season testing days that were allocated.

But while other drivers such as Fernando Alonso and Sebastian Vettel have taken notable steps forward, Ricciardo appears to be stuck in a static situation, unable to progress and extract the car’s potential.

It would be a worry for any other team looking at his situation over the last two seasons. There’s no guarantee that Ricciardo can re-capture the form that made him special to watch in the early years of the turbo-hybrid era.

But his dedication to overcome his struggles surely counts for something – even if it hasn’t yet yielded results. Ricciardo has been linked with a return to Alpine, while another option could exist for him at Haas next year if the US-owned squad doesn’t retain Mick Schumacher.

His willingness not to take the “easy way out” (as he calls it) and walk away from McLaren exhibits his intact passion for F1, even on his darkest days.

Although McLaren is right to seek out other options after two seasons of woe, Ricciardo still has fuel in his tank at 33 years of age to prove himself once more. Had his Red Bull days been forgotten about, his F1 exit would currently be a more obvious scenario.

But highlight reels from previous seasons are filled with clips of Ricciardo displaying his prowess, serving as a reminder that he can be one of the best if the circumstances are right.

His presence in the paddock would be missed and his absence on the track would be notable.

A redemption story, possibly to round out what has been a fascinating career, is still an option – but is there a suitor out there willing to take that risk?