The missing puzzle piece for F1’s title battle in 2022 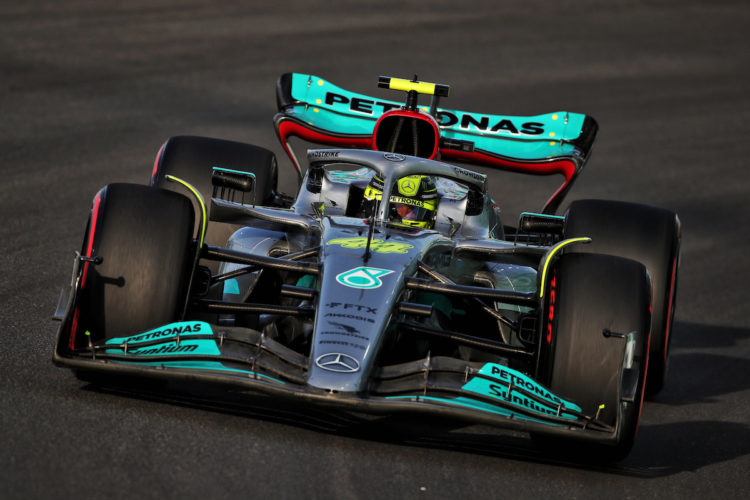 The 2022 Formula 1 season has so far contained much of what we hoped for. We have witnessed exciting racing, and the drivers have asserted that following rival cars through corners is much easier this year compared to seasons gone by.

Attention is naturally drawn towards the front of the grid, where for the past two race weekends, Ferrari and Red Bull have battled for supremacy.

A definite conclusion to make following the first two rounds is that after years of entering a weekend anticipating a Mercedes victory, things have shifted. In Bahrain and Saudi Arabia, they never looked close to challenging the leaders as they suffered from their own issues.

How long Mercedes will struggle remains unknown, but it was made clear in Sakhir that the issues would not be an overnight fix. Lewis Hamilton also asserted that he doesn’t expect things to be different with the sport arrives in Australia in just under two weeks’ time for the second round of the season.

Despite the refreshing element of a front-of-the-grid shift, it would be unfair to wish misfortune on the team, who would only add to the current battle that we are witnessing.

Max Verstappen and Charles Leclerc provided edge of the seat entertainment at the opening two races, both taking a victory each. It’s been entertaining to watch as a neutral onlooker, but at Mercedes, it’s been particularly disappointing to watch.

“We were right in the middle of those fun games at the front, [I’m] talking as a F1 stakeholder and benefitting from a great show that is really spectacular and spectacular to look at,” said Mercedes boss Toto Wolff. “But on the other side it is extremely painful to not be part of those fun games and [missing] quite a chunk lap time deficit.”

A title fight between Verstappen, Leclerc and Hamilton would likely go down as one of the greatest the sport has ever seen. After the year of tension that unfolded during the 2021 campaign when Verstappen and Hamilton tussled for the champion, there’s no telling how heated a third party would make the battle – but it would be a situation that many fans have not seen before.

Should Mercedes get on top of their car, there may also be a role for George Russell to play, as he continues to acclimatise himself as a full-time driver with the team. Elsewhere, Carlos Sainz has asserted that he is making progress behind the Ferrari after enduring difficulties in Bahrain.

Sergio Perez too, looks to be very comfortable, and drove arguably two of his best races with Red Bull in Bahrain and Saudi Arabia, with external factors deciding where he placed in the order at the end of the race.

Whether or not the trio of Russell, Sainz and Perez can take a fight to their respective team-mates throughout the 2022 season remains to be seen, but all three teams undoubtedly possess blockbuster line-ups, which would provide potential unrivalled excitement in F1 if all six were able to compete for wins.

As of now, it is clear that Ferrari and Red Bull are the teams contending for victory, but it would be foolish to assume that Mercedes is out of the fight just yet. F1 is setting up its longest season in its history, which only extends the time that Mercedes has to claw back crucial points.

“We are probably on average a second [a lap] behind Red Bull and Ferrari in the race,” Russell said. “So we’re making baby steps at the moment, we need to make some bigger leaps. I’m sure we can do that. Timeline, I don’t know. The others are continuing to improve too, we’re improving, they’re improving, we just need to do it at a faster rate.”

It would also be witless to discount the effort and resources that Mercedes is plunging into its 2022 car. Although it hasn’t faced an issue to this scale in quite some time, its success over the last eight seasons is an insight into what it can achieve.

In truth, F1 doesn’t need a third team to contend for a title, but an extra element of doubt and surprise during a race weekend is always welcome.

So should Mercedes turn up with a car on a race weekend that is suddenly competing closer to the front end, don’t underestimate the aggressive stance that it will take towards its rivals as it aims to once again stamp its authority as the grid’s ultimate juggernaut.