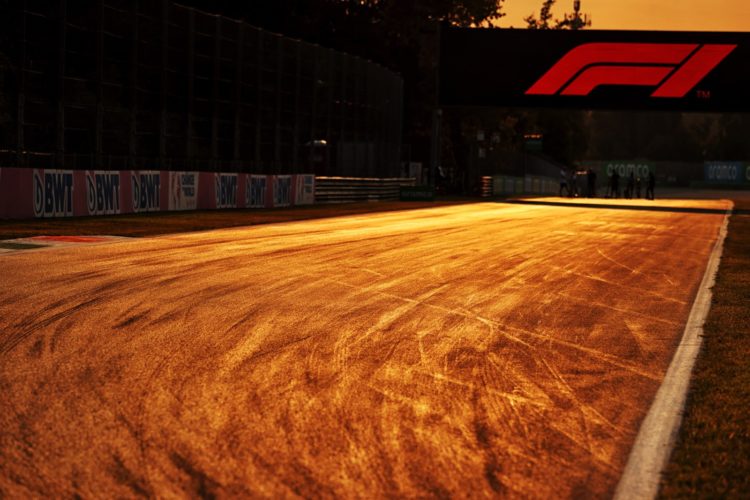 Formula 1’s calendar has taken a hit in the last two years, owing to the pandemic, with some favoured venues dropped, and some unexpected appearances. MotorsportWeek.com takes a look at some of the main developments surrounding the 2022 schedule

Due to the pandemic there has been no Australia, no Canada, no Singapore and no Japan. Formula 1 hopes that will change in 2022. Australia’s traditional season-opener has been pushed back to April to give organisers more breathing room. Australia is set to gradually ease tight entry rules in the coming months and there is renewed optimism that April is a realistic date. If that happens, it’ll be a chance for Formula 1 drivers to tackle the reprofiled Albert Park circuit. The inclusion of Singapore remains subject to a new contract, which expired this year, but its presence on the schedule indicates that officials in the city state want the popular night race to remain.

But China is already off for the year

China was the first domino to fall amid the onset of the pandemic. But in both 2020 and 2021 it was officially postponed before being dropped from the schedule with very little clamour. Already for 2022 its fate has been sealed. China is preparing to host February’s Winter Olympics under tight protocols and Formula 1 has already made its decision to avoid the country for another season. “China will be restored to the calendar as soon as conditions allow,” read a statement. But that won’t be until 2023 at the earliest and means the pandemic will influence Formula 1’s schedule for a third year at least.

And there’s no Vietnam

Remember Vietnam? It was meant to be a flagship event for Liberty Media, as it signed a multi-year deal, and a semi-permanent facility was constructed in Hanoi. Then the pandemic struck. Formula 1 was just three weeks away from an inaugural visit to Hanoi but the grand prix was postponed, and by the time it was cancelled its key figurehead had been arrested and charged for corruption (for matters unrelated to the event). Vietnam was left off the 2021 schedule and despite occasional lip service being directed towards the country it has not appeared for 2022, with no mention made of its absence, and no indication that it will ever happen.

Not much support for France

One notable point was not when Formula 1’s calendar was released but when main support championships Formula 2 and Formula 3 unveiled their respective schedules. After the unpopular split calendars of 2021 Formula 2 and Formula 3 will return to their previous structure for 2022. In a bid to reduce costs the series have historically kept to Europe or the Middle East but despite unveiling a record-breaking 14-round calendar for 2022 Formula 2 will not visit France. Formula 3 will also be absent. France’s Formula 1 round was treated shoddily in 2021 – moved a week earlier at late notice – while its current contract expires after 2022. Having the main feeder series absent is another snub.

An early finish for the World Cup

Formula 1’s 2022 season will not be pushed into December. After the late finishes of 2020 and 2021 that will be of some relief to teams. But the compromise is a rapid run of races immediately after the summer break. The first triple header of Belgium, the Netherlands and Italy was done this year but the next one, incorporating Russia, Singapore and Japan (assuming pandemic restrictions lift) will be a challenge, particularly for travelling personnel. Holding the finale on November 20, the earliest finish since 2010, allows Formula 1 to wrap up its season a day before the World Cup, which is being held in Qatar – a country that is set to become an important long-term partner for Formula 1. It means that between August 28 and November 20 there will be just three Sundays on which no grand prix takes place.

Imola was one of the beneficiaries of the pandemic. It returned after a 14-year absence and then received another race in 2021 when a stand-in was required once more. Portimao and Istanbul Park also took advantage of the calendar disruption though have now fallen by the wayside. Yet Imola has been included once more and its presence on the 2022 calendar was not a shock. It is still to be announced by Formula 1 but local politicians have confirmed that Imola has reached financial terms to remain on the calendar through 2025, as a second Italy-based event, joining Monza.

As has been known for several months Formula 1 will be making two trips to the US – and three trips to North America – with Miami joining Austin (subject to COTA’s expected contract extension being ratified). Miami will be a standalone event on May 8 while COTA’s round is scheduled for October 23, ensuring the two US-based rounds are split on the schedule. It will mean Formula 1 will race twice on US soil for the first time since 1984. Miami is here to stay long-term with a 10-year deal agreed for Formula 1 to race around the Hard Rock Stadium as Liberty Media strives to increase the sport’s popularity in a key market.