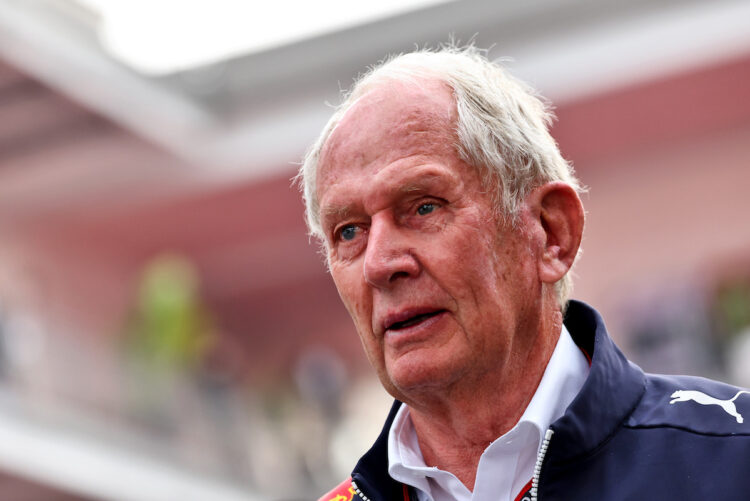 Dr Helmut Marko has hinted at how Red Bull’s junior academy will take shape in 2022.

Isack Hadjar ended the F3 season as the highest Red Bull junior in the Drivers’ standings, concluding the season in fourth place.

The Frenchman will progress to F2 for 2023 as he has retained his backing from the programme, as has Jak Crawford and Ayumu Iwasa.

Marko also revealed: “We also have a couple of new drivers, but we’re still [yet to] announce them.”

Juri Vips was dropped from the Red Bull programme this year, however Liam Lawson will stay on and act as the team’s reserve F1 driver next year, and is also set to race in Super Formula.

“Lawson was very fast at his F1 test,” Marko said. “He will drive in Japan next year and be one of our reserve drivers for Formula 1.”

A notable name missing from Marko’s answer is Dennis Hauger, who won the 2021 Formula 3 Championship.

The Norwegian driver progressed to F2 in 2022 but had a difficult campaign, and currently sits 11th in the standings with one round remaining.

Hauger has already been confirmed on the 2023 F2 grid with MP Motorsport, however it remains to be confirmed if he will keep his Red Bull backing.

Red Bull’s junior academy has been hailed as one of the most successful programmes in motorsport, with it providing F1 debuts to a number of drivers during its existence.

Other notable Red Bull juniors whose futures are yet to be confirmed are Jonny Edgar and Jehan Daruvala.