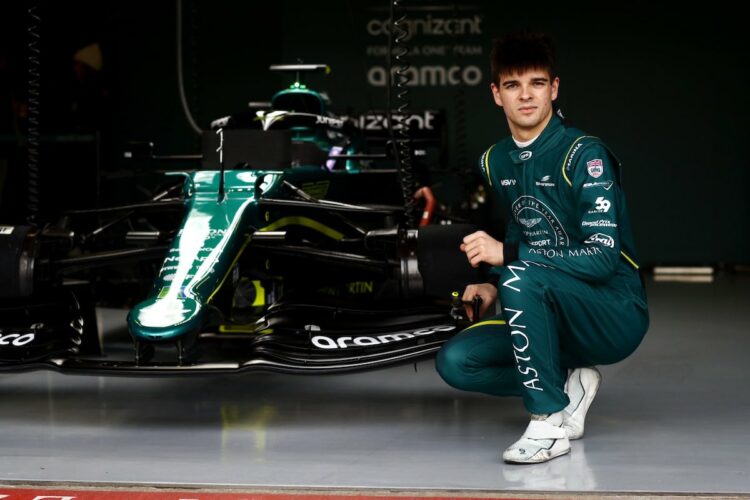 Zak O’Sullivan, who is part of the Williams driver academy, is having his maiden F1 outing on Tuesday, driving the Aston Martin AMR21 at Silverstone.

O’Sullivan has been handed the opportunity after winning the Aston Martin Autosport BRDC Award in 2021.

Drivers who are named the winner of the competition get a test outing in an F1 car, with McLaren once the long-standing partner of the award.

Aston Martin replaced it in 2019, and for the 2021 edition, O’Sullivan bested Oliver Bearman, Jonny Edgar and Louis Foster for the accolade.

Previous winners of the competition, which has run since 1989, include high-profile names such as David Coulthard, Dario Franchitti, Jenson Button and George Russell.

O’Sullivan will now receive laps in the AMR21, which was driven throughout the 2021 F1 season by Sebastian Vettel and Lance Stroll.

He was present at the post-season test at Jerez, testing with Teams’ champions Prema Racing.

In 2021, O’Sullivan won the title in the GB3 Championship, finishing with a margin of 154 points at the top of the standings.