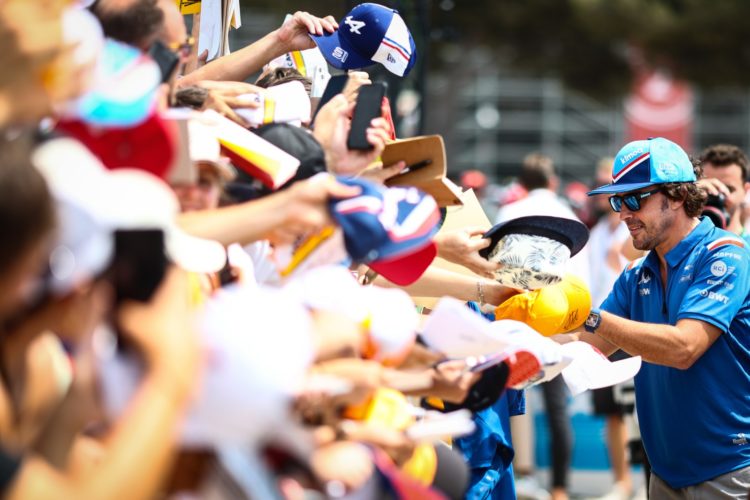 The high-profile recruitment of Fernando Alonso shows Aston Martin “is in Formula 1 to win”, according to Team Principal Mike Krack.

Aston Martin has endured a rough 18 months since it returned to Formula 1 following the rebranding of the Racing Point team.

It slipped to seventh in last year’s standings and this season holds only ninth amid a lack of performance from its AMR22.

It announced last week that it had secured the services of two-time World Champion Fernando Alonso on a multi-year deal to replace the retiring four-time champion Sebastian Vettel.

Krack believes the presence of Alonso will drive Aston Martin forward towards its long-term goal of competing for victories and titles.

“He just has that killer instinct,” Krack said of Alonso. “No matter what, you know that Fernando will always give you everything: always push 100 per cent, always extract the maximum from the car and the team.

“His racecraft is exceptional – a formidable combination of confidence, instinct and intelligence.

“Signing Fernando is a clear statement of our intent at Aston Martin F1. We are not on the grid to make up the numbers. We are here to win.”

Aston Martin has invested heavily in personnel since Lawrence Stroll’s acquisition of the ex-Force India outfit in mid-2018, most notably the signing of technical gurus Dan Fallows from Red Bull and Eric Blandin from Mercedes respectively.

A new factory is also under construction surrounding its current facility at Silverstone, with the intention of it being ready for use next year.

Krack believes such developments have been crucial in securing Alonso’s services.

“We are on a journey to the front of the grid and Fernando’s decision to join us on that journey – to have a driver of his calibre believe in the Aston Martin F1 project – is a great compliment to our team and the work we are doing,” said Krack.

“He will demand a lot from us, but that’s to be expected from a multiple World Champion. Fernando will be a driving force as we climb together and, like everyone in the team, I cannot wait to work with him.

“The prospect of having Fernando and Lance in the car next year is a hugely exciting one.”