Tost on driver bouncing complaints: ‘This is an F1 car not a Rolls Royce’ 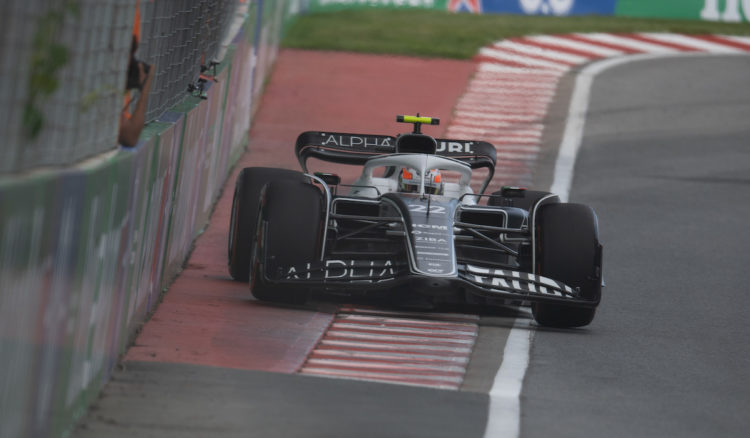 AlphaTauri team boss Franz Tost has little sympathy for the drivers complaining about the pain they are experiencing from driving the 2022 Formula 1 cars.

The porpoising phenomenon, caused by the low ride heights of the 2022 ground-effect cars and the build up – and then sudden release – of pressure, causes them to bounce quite aggressively at high-speeds, with drivers heads visibly moving up and down in quite an animated way.

Drivers have complained that this is causing them significant pain, particularly in their neck, back and bottom, prompting the FIA to issue a technical directive this week in an attempt to reduce the effects.

But Tost, who says his team will of course “support the FIA” has little sympathy for the drivers, insisting the cars shouldn’t be easy to drive and that perhaps those complaining should “stay at home”.

“When this new regulation was created, it was clear from the very beginning onwards that these cars will not be easy to drive. Why? Because this floor, with a kind of Venturi principle makes it necessary that the cars are set-up quite stiff; that the cars are quite close to the surface and that the front and rear ride-height is quite low.

“You will gain a lot of performance if the car is set-up as low as possible, and as hard as possible. In addition to this, you have the 18-inch tyres, therefore it is clear that there is less damping coming from the tyres, and that the cars are not so comfortable to drive as it was in the past.

“Now, the drivers complain about it. On one hand, I can understand, it’s not so easy for them. On the other hand, this is a Formula 1 car. And I remember back when the winged cars were out there, there was a driver coming to me on Sunday evening and said tomorrow I have to go to the dentist because I have lost my fillings because the cars are so hard to drive. And it’s not nothing new,” he joked.

“Now, there are two things. First of all, the drivers must do more training for the neck muscles and for the gluteus maximus, then this helps, for sure.”

Tost added: “The FIA is coming now with this new Technical Directive, which, of course, will help to find out how big are the forces. And then when they create these metrics, then maybe we can find a way to reduce the bouncing, and the forces which are coming to the drivers. How much this can be controlled, I don’t know yet. We, from Scuderia AlphaTauri will support the FIA. We will give them the datas and then we will see what will be the result.

“But this is a Formula 1 car. This is not a Rolls Royce. And drivers should be aware of this. And if the cars are too stiff, or it’s too difficult for them, maybe they should stay at home, in the living room, sit in the chair, and then they can do the races on TV or wherever. I don’t know.”