Ocon hits out at ‘unjustified’ penalty for Hamilton clash 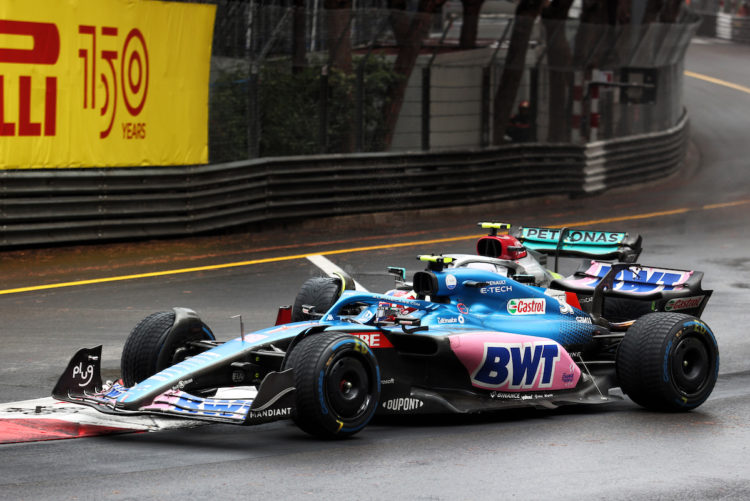 Esteban Ocon has expressed frustration over the five-second time penalty he was handed for causing a collision with Lewis Hamilton.

The duo battled in the early stages of the race for eighth place, with Hamilton attempting to make an overtake at Turn 1.

However, contact was made between the pair, with Hamilton suffering front wing damage as a result, while Ocon appeared to escape without major harm.

The Stewards deliberated the incident and opted to issue Ocon a five-second time penalty, stating that there was “a significant portion” of Hamilton’s car alongside Ocon’s, meaning the seven-time World Champion was entitled to racing room.

Ocon says that he was not aware of the rule, with the penalty demoting him out of the points at the chequered flag.

“It’s ruining all of the hard work that we’ve done, the whole weekend, this five-second penalty. I don’t think it is very justified.

“I went to see the stewards just now to review the images. There is a new rule that apparently all drivers agreed, that now when we are both alongside and when somebody is attacking, if you don’t leave the room, it’s a penalty, which I never heard of.

“I’m a bit surprised about the penalty, I think the opinion of everyone is that it should be a racing incident and nothing else.

“All this effort for no reason, we could’ve stayed at home this weekend.”

When asked if he would bring the matter up at the next driver briefing in Baku, Ocon said: “Probably. But whatever, it’s done.

“We don’t like to get penalties but no one likes penalties like that at the end of the race. We should race on the track.”

Ocon also received a penalty point on his Super Licence for the clash, which is his fourth in the last 12 months.

Ocon and Hamilton were also involved in another incident in the race, in which Hamilton claimed that Ocon pushed him into the wall as they ran side by side.

However, no punishment was handed out for that clash, with the Stewards not investigating the matter.