Sainz ‘had no time to avoid’ stranded Perez 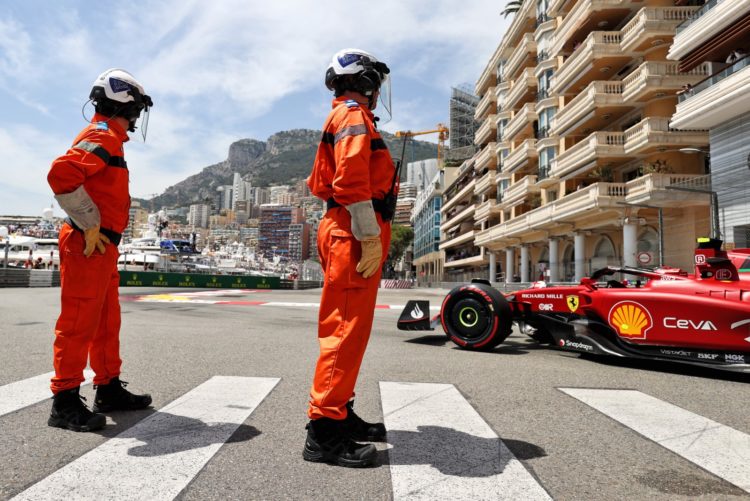 Carlos Sainz says he had no chance of avoiding Sergio Perez’s crashed Red Bull during the closing stages of Formula 1 qualifying in Monaco.

Perez erred through the right-hander of Portier and slid into the barriers, and the pursuing Sainz collected the Mexican, blocking the circuit.

The session was halted and with only half a minute remaining on the clock was not restarted.

“I was entering Turn 7 and on my left I see a yellow flag. Immediately as I see it I realised that the car in front of me had crashed, you don’t see where he has crashed, so you enter the corner without knowing where he is going to be.

“I hit the brakes, tried to do the corner radius as tight as possible and just as I [thought] I managed to avoid him I hit the brake a bit harder and hit the back with my back.

“It would have been a good save if I saved it as there was basically no time to save it but it’s what happens in Monaco!”

Sainz will start Sunday’s race from second place but was left to rue a scruffy first attempt in Q3.

“It was a bit scrappy and I was looking forward to the final showdown, that’s where you keep that extra but and have that clean run but every year in Monaco it seems a tradition that someone crashes in front of me!”