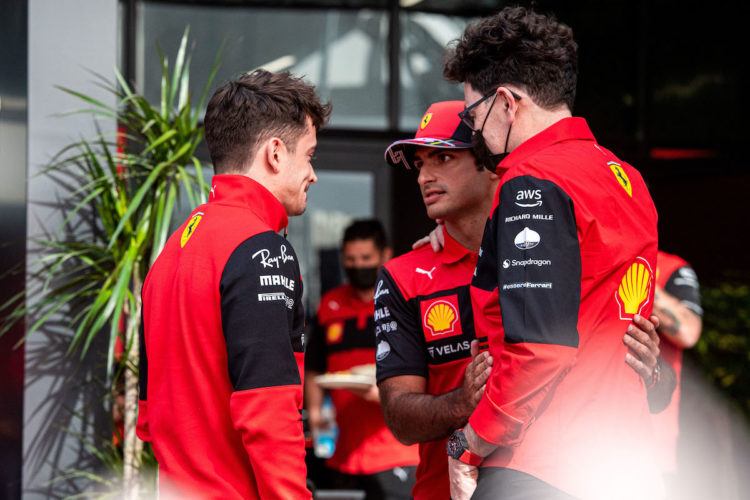 Ferrari Team Principal Mattia Binotto believes Ferrari is more prepared this year for a title fight compared to the 2017 and 2018 seasons.

The Maranello-based squad won the opening round of the season and finished second to Red Bull’s Max Verstappen in Saudi Arabia, scoring a double podium result at both events.

In 2017 and 2018, Ferrari battled Mercedes for the Drivers’ and Constructors’ Championships, with their efforts collapsing as the season wore on.

However, Binotto says that the team is in a much stronger position to compete in 2022.

“I think keeping up the level of development through the season is always a challenge, not only for us but all the teams,” he said.

“It is true that our competitors are very strong in that and proved to be very strong, while as Ferrari the last two opportunities we had [in] 2017 and 2018 we lost a bit of ground through development.

“Since then as for the car design we have improved our tools, which are wind tunnel, methodologies, process and simulator.

“I think today we are much better prepared compared to the past to do the proper job as well in development.

“We need as well to add compared to the time today we have budget cap which will influence the rate of development, and I think that’s a key point and a key element.

“My concern is we need to make sure we have got the right policy on that as it can be a game-changer in the fight for development.”

With Leclerc being in his fourth season with Ferrari, Binotto asserts that the Monegasque driver is ready to challenge for the title.

“I think he is,” Binotto. “But [it’s] something on which I was expecting.

“When renewing with him in the last years up to 2024 it’s because we know he is capable of, and I think it is simply demonstrated that he is capable of fighting for the Championship, no doubt.

“He has got the talent, he has got the capacity, he is a very good racer and very happy with what he is doing in these races.”