How the F1 comeback kids fared in Bahrain 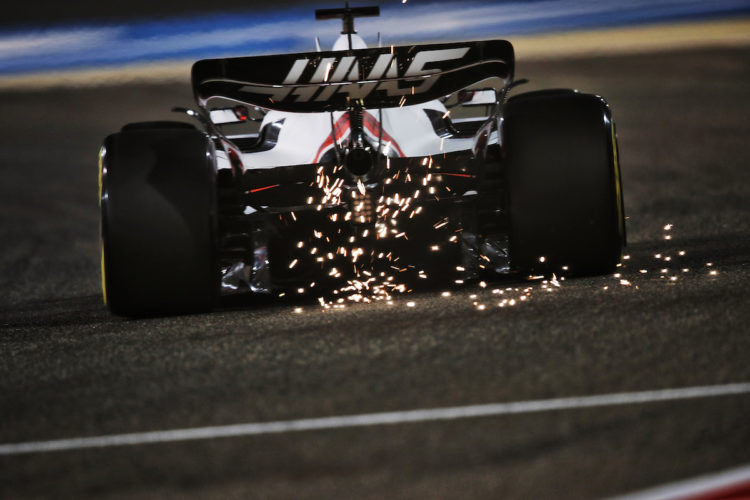 Second chances are hard to come by in Formula 1. However at the Bahrain Grand Prix, there were three returnees on the grid – two in a full-time role, and one as a last minute substitute performing reserve driver duties.

One month ago, Kevin Magnussen’s return to F1 still seemed an almost impossible situation. The Dane had set up a career for himself in sportscar racing, and looked set to embed himself in the world of endurance racing at the highest level.

However, political circumstances ultimately saw him return to Haas when the American squad opted to part ways with Russian driver Nikita Mazepin.

Magnussen last competed in F1 at the end of 2020, but ignoring a smattering of very minor errors in Bahrain, he looked as though he’d never been away at all. In a Haas car that has a notable increase in pace compared to its predecessor, Magnussen starred his way to seventh during Saturday’s qualifying session.

In the race, he only found himself being overtaken by quicker Red Bull and Mercedes cars to cross the line in fifth. As far as returns play out, it doesn’t go much better than that.

“It was a lot of fun,” Magnussen said. “I enjoyed it a lot. It’s so good to be back in this position. I just got to say a massive well done to the team, getting this car into this position and I mean we were the strongest car in the midfield.

“I could actually see the Mercedes almost the whole race. I know we got a Safety Car at the end, so that helped a little on that, but it was just a different story to in the past and I’m so thankful.

“Again, I’ve been saying this all weekend that I just can’t believe this opportunity that I’ve got here, P5. Crazy.  My neck is pretty stiff but I was better than I thought I would be.

“I was worried I would be way more tired. But sometimes when you’re in a good position you get some extra energy and I certainly, I was fine.”

An even later arrival to the grid was that of Nico Hulkenberg, who was suddenly called up on Thursday morning by Aston Martin when Sebastian Vettel returned a positive Covid-19 test result.

Hulkenberg, a seasoned F1 driver, also has experience as a sub, as he filled in at three grands prix in 2020 for Racing Point when Sergio Perez and Lance Stroll separately contracted Covid-19.

But the former Force India and Renault driver’s only experience behind the cockpit over the last two or so years, aside from his substitute appearances two seasons ago, has been in a simulator, meaning he had a tall task ahead of him to construct a meaningful weekend.

Aston Martin’s car lacked pace throughout the weekend, but Hulkenberg, especially in qualifying trim, raised eyebrows when he placed his car ahead of Stroll’s.

In the race, the Silverstone-based squad lacked any real ability to fight, and Hulkenberg spent much of the grand prix at the back of the grid – but it was a far from shameful outing for the out-of-practice 34-year-old.

“It was difficult, very difficult,” Hulkenberg said. “At the beginning it was okay but I was just hanging on, it was tough for me.  Obviously [the race] was – and I knew it would be – the hardest part of the weekend, when you’re out of that mode of just running new and fresh tyres, the limitations become more and you have to manage and understand the car much more. That was difficult.

“It was a big learning experience, it went okay, then I tried to overtake someone, out-braked myself into Turn 1 then it was after that a downward spiral then I got lapped quite soon and you just fall back and back more and more.

“It was what it was. Now I have first-hand information, going forward this year in terms of sim work I have a good reference now. Correlation is something important so that’s hopefully a bonus.”

Down at Williams, Alexander Albon enjoyed a somewhat positive weekend after it appeared after testing that the team would occupy the foundation of the timesheets throughout the Bahrain weekend.

Having played a key role in Red Bull’s championship -winning season as a test and simulator driver, Albon signed with Williams for 2022 and didn’t disappoint on his first weekend back, despite the car’s limitations.

Progressing into Q2 on Saturday was a surprise for many, and perhaps if things had gone the team’s way in the race, he could’ve snuck into the points.

However, the team simply didn’t have the pace to competitive. From Albon’s side, he was clearly the quicker driver in the intra-team battle between himself and ex-Formula 2 team-mate Nicholas Latifi, marking a positive start to his new start in the sport.

“After the start, we went from P14 [to P11], we were even more out of place,” Albon said. “We gave it a good go, tried to hold onto it as long as we could. We struggled, it was kind of the pace that we expected really. I must say though, it was at least better than on Friday, and what testing showed.

“To keep the McLarens behind, it was a pretty good day. We really got the car hooked up in qualifying, even in the race, thinking where we were two days ago, we made great steps. I’m glad that we started off in a good place and we can build from it.”