Leclerc: Much more to come from Ferrari after Bahrain pole 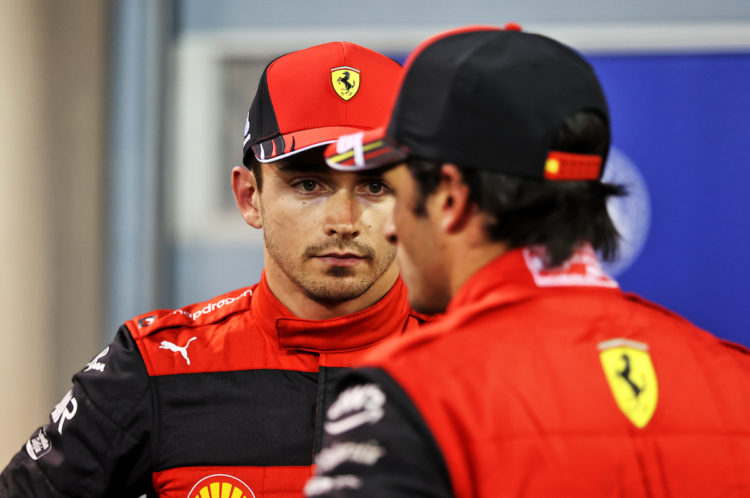 Ferrari’s Charles Leclerc says that there is “much more” to come from Ferrari after he claimed pole position for the Bahrain Grand Prix.

The Monegasque driver bested Red Bull’s Max Verstappen to the top spot by just over one-tenth to secure his 10th career pole.

Leclerc says that he still hasn’t perfected his driving style with the new-for-2022 Formula 1 cars, despite emerging from qualifying as the fastest driver in the field.

“From the driving point, it’s completely different to last year,” he said.

“Testing was very useful for this, I’ve tried many different driving styles and still need to find the perfect one. There’s definitely much more to come hopefully from us.

“We were pretty sure that Red Bull was going to be a bit quicker than us, also in qualifying.

“But good surprise, it wasn’t the case. So now we need to finish the weekend on a high tomorrow, it’s not going to be easy.

“Tyre degradation here is a thing, and especially with this increase of weight this. So we need to focus on that and hopefully have a good race tomorrow.”

Teams are still attempting to understand just how the 2022 cars are performing with new technical regulations coming into play this year.

Ferrari’s Team Principal Mattia Binotto says that it will take several races before the Italian squad is able to extract the maximum potential from its car.

“Today I think they did their best, on the car we pushed as much as we could,” Binotto told Sky F1.

“To extract the maximum potential of those cars, it will take a few races, two, three or four races maybe.

“Developments will come, and I think that now it will be a fight with the development and the budget cap which is somehow forcing us to at least manage the way we are managing development and expenses.”