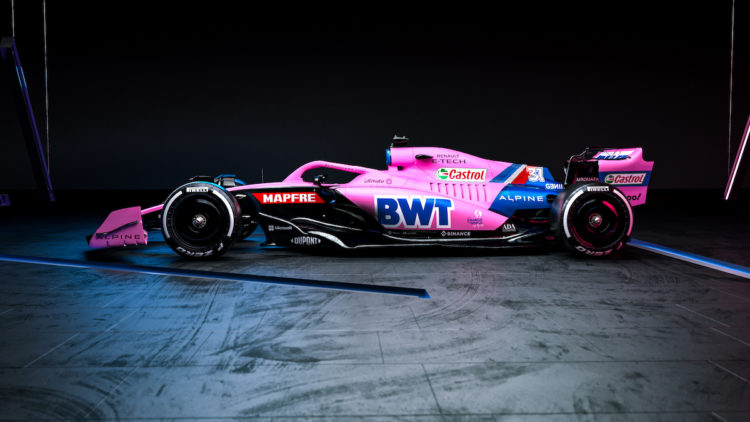 Alpine has confirmed that it will run a predominantly pink livery for the opening two races of the 2022 Formula 1 season.

The French squad unveiled its car on Monday evening, ahead of pre-season testing later this week.

The inclusion of pink comes the deal it signed with Austrian water treatment company BWT, who is its title sponsor for the upcoming season.

However, for the opening two races in Bahrain and Saudi Arabia, a revised livery will be used, in which the car will be mostly pink.

BWT was the title sponsor of Force India/Racing Point from 2017 to 2020, with the Silverstone-based squad running the pink-coloured car for four seasons.

Alpine fields Fernando Alonso and Esteban Ocon for the second successive year, while reigning Formula 2 champion Oscar Piastri will act as its reserve.

The car will make its on-track debut in Barcelona on Tuesday during a filming day, one day prior to the start of pre-season testing.