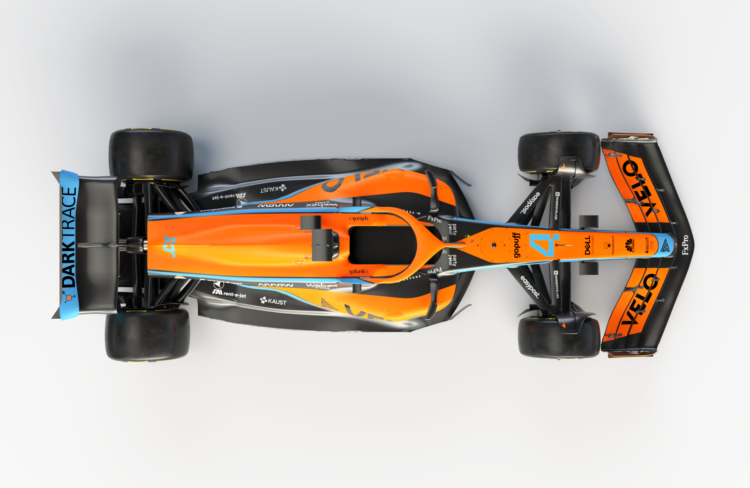 McLaren chief Zak Brown says the response to its one-off Monaco livery last year provided some of the inspiration for the evolution of its colour scheme for 2022.

McLaren presented its MCL36 on Friday evening, with the ‘Fluro Papaya’ that was first run in Monaco featuring on the car, accented by ‘New Blue’, marking a deviation from the MCL35M scheme.

McLaren ran a Gulf-inspired livery as a one-off at last year’s Monaco Grand Prix and Brown says the reaction to that provided the outfit with an idea for its 2022 colours.

“We’ve been evolving our livery since we’ve gone back to papaya,” said Brown, referring to the base McLaren colour that was utilised from 2017.

“We wanted something that was very vibrant, so we changed the shade of our papaya, it’s darker but the livery changes we did last year in Monaco and Abu Dhabi we got a lot of great fan reaction.

“I think it’s got some nice speeded elegance to it, that we thought would go on top of the fast race car that hopefully we’ve designed this year!

“So it’s a natural evolution and trying to make sure we give our corporate partners [the space] to stand out.”

The launch of McLaren’s MCL36 coincided with the unveiling of its liveries for its IndyCar team and new-for-2022 Extreme E outfit.

While Pato O’Ward’s scheme is slightly different, owing to IndyCar regulations, the livery for Felix Rosenqvist’s car and McLaren’s Extreme E machine is relatively aligned with the MCL36.

“We’re McLaren Racing and Formula 1 is clearly our centre of gravity if you like but I think as a single racing entity if we can tie our racing programmes together…,” he said.

“The reason Pato’s is different is you’re not allowed to have identical cars [in IndyCar] like in Formula 1.

“I think they both look fantastic, together with Extreme E and esports, to be able to look at them and go ‘yep that’s a McLaren’, regardless of what racing series you’re looking at.”