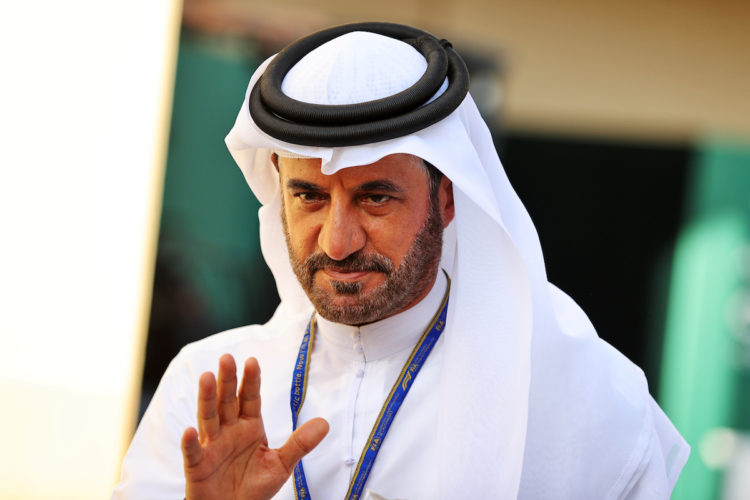 Mohammed Bin Sulayem has been voted in as the next president of the Fédération Internationale de l’Automobile (FIA).

The governing body has been headed by former Ferrari General Manager Jean Todt since 2009, with the Frenchman’s term coming to an end this week.

Todt was honoured at the FIA prize giving gala on Thursday night, where senior motorsport figures paid tribute to his time in charge.

Bin Sulayem and Graham Stoker were the candidates to be his successor, with the former tallying 62% of votes.

“I am very honoured to have been elected FIA President at the conclusion of the Annual General Assembly in Paris today,” bin Sulayem said. “I thank all the Member Clubs for their esteem and trust.

“I congratulate Graham for his campaign and his engagement to the Federation. I wish to express my infinite gratitude in the name of the FIA and that of its Members to Jean Todt for all that has been achieved over the past 12 years.

“I am committed to pursuing the important work and make motor sport and mobility take further steps forward.”

Bin Sulayem, who was born in Dubai, is a former rally driver, with his biggest success coming in the FIA Middle East Rally Championship, where he secured 14 titles.

From 2008 to 2013 he was elected to the World Motor Sport Council and served as the FIA vice-president.

He is also the president of the Automobile and Touring Club of the United Arab Emirates, which oversees all motorsport events in the region.

Bin Sulayem is set to hold the FIA president position for four years, until another election is called in 2025.

He is the first non-European president of the association.