Coulthard: Better for F1 if Verstappen beats Hamilton to 2021 title 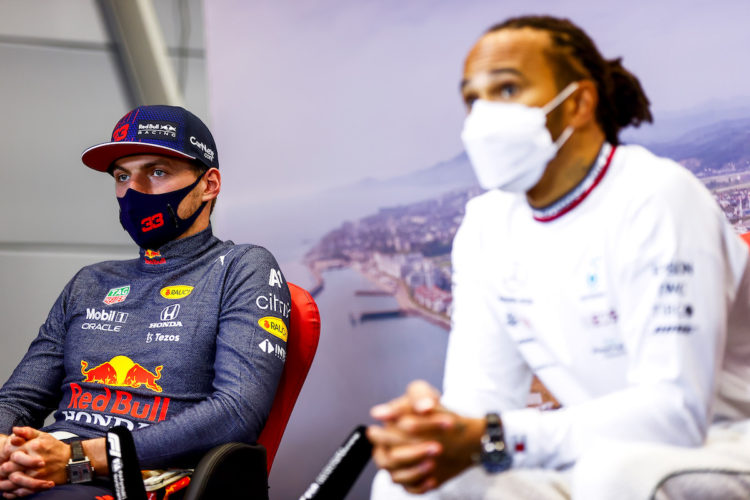 Ex-Formula 1 driver David Coulthard believes it would be better for the sport if Max Verstappen beat Lewis Hamilton to the 2021 championship.

Verstappen currently leads Hamilton by 19 points in the Drivers’ standings with four races remaining, as he chases his maiden F1 title.

Hamilton meanwhile, is hunting his eighth championship, which would be his seventh in the last eight years.

Coulthard commended both drivers for their performances this year, asserting that both deserve to walk away with the title at the end of the campaign.

“Both of them deserve it, so this isn’t a question of just one deserving it more or does one have a better car,” Coulthard told TalkSport.

“They are both exceptional athletes at the top of their game, [in] two different parts of their careers. Lewis is 36 and Max is 24 – very different. Lewis is a seven-time champion and Max is trying to get his first.

“In the end, when the helmet goes on and the visor closes, they are just racers and both able to perform better than anyone else currently.”

However, following Hamilton and Mercedes’ dominance of the turbo-hybrid era, Coulthard thinks that a fresh winner would be beneficial for F1.

“I think Max winning the championship would be better for the sport,” Coulthard said. “It would be a good little reset for Lewis as well to keep his motivation.

“He always says the eighth title doesn’t change anything for him and it certainly wouldn’t make his legacy any better.

“He’s an exceptional driver and has earned that right. I look at some of the youngsters who come up to me who are gamers, Max is a gamer and they relate to him.

“The business of sport is about trying to capture new audiences and trying to bring those eyeballs to the track. I think Max will do that.”