Ricciardo ‘not as comfortable as Monza’ at Sochi 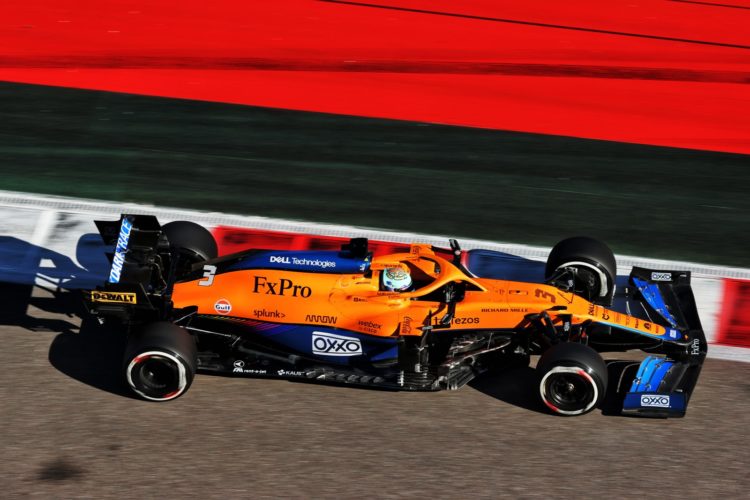 Daniel Ricciardo says there is “still some stuff missing” in the wake of his performance at Formula 1’s Russian Grand Prix.

Ricciardo has struggled with the MCL35M for much of the season but surged to victory in Italy, ending his and McLaren’s lengthy win drought.

But Ricciardo trailed team-mate Lando Norris through much of the weekend and held fifth until the intervention of rain during the closing stages of the race.

Ricciardo went on to classify fourth, with the afflicted Norris seventh, but was wary of the performance he still has to find.

“There are still some things I want to look at with pace,” he said.

“There were times when I felt good, but the lap times were still not good, so I want to investigate a little bit what is up.

“For the team there is encouragement with performance. There could’ve been more points, but we’ll keep looking at it.

“Personally for me some moments were good and some not so. So I am still eager to find the speed in the car.

“It was not as comfortable a weekend as Monza, so a bit more tricky, and we were a bit compromised with Friday [with a disrupted FP2 due to an engine change], and we never got back on top of it. So I will try to keep working on it.”

Ricciardo went on to explain his thought process during the closing stages of the race when rain began to fall.

“The last part of the race I could see some drops on my visor, and I thought it will not change the track conditions,” he said.

“The next lap was the same and I thought this is going to be fine until the end.

“And then the next lap it was getting very close to crashing, Turn 7 was a big one, so we came in for the Inters. In the end it was the right call. But a few sketchy moments.”