Prost would quit F1 if it introduced reverse grid races 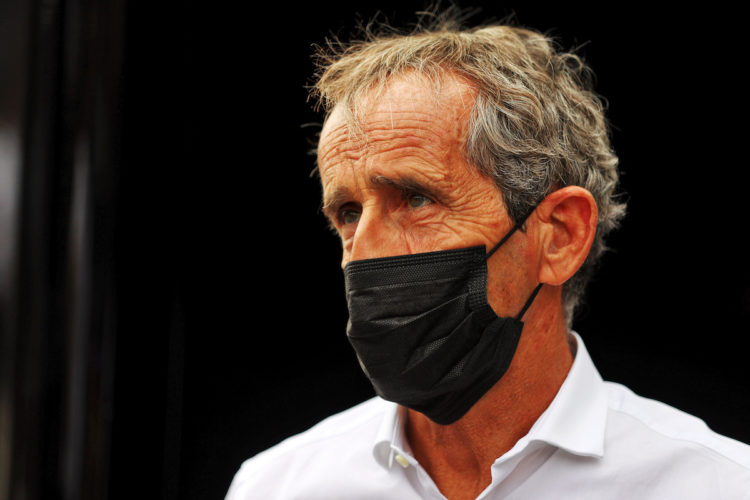 Four-time Formula 1 world champion Alain Prost says he would depart the sport if it introduced reverse races into the weekend format.

F1 is currently evaluating new weekend formats, with a ‘Sprint Qualifying’ under trial at three events this year.

The introduction of reverse grid races, which are used in Formula 2 and Formula 3, has been mooted in the past.

But Prost, who works as an advisor to the Alpine team, admits he’s too much of a “traditionalist” to think reverse grid races are a good idea.

“I’m very happy about testing things if it’s possible,” Prost said on Alpine’s F1 podcast. “But you need to understand why you want to make these decisions, what is the reason for it.

“Formula 1 has to stay sort of traditional, that means the technology and the pinnacle of the automobile sport. We need to understand that the best team has to win because it’s the best, because it’s the spirit and the aim of Formula 1.

“I prefer to have the domination of a team because they have done the best job rather than having that. But I am open. I am very traditionalist.

But Prost admits that certain changes are needed in time in order to progress the sport.

“I was not very happy because it’s very difficult to compare to what we had in the past,” he added.

“But on the other side, I remember in 1982 we all finished about five races in the year and reliability was so poor. Now we have a fantastic reliability.

“So if you have only the first six cars getting points it could happen that some teams never have points so you have to adjust also in a way.”