Brawn ‘hopes title not decided in barriers or stewards’ room’ 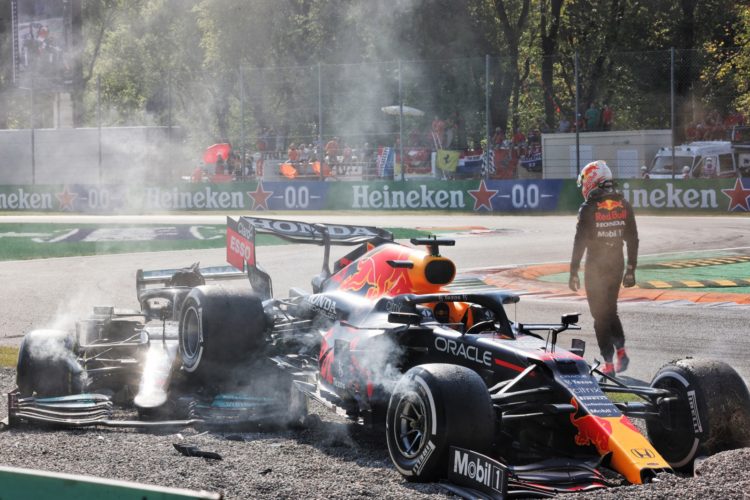 Formula 1 chief Ross Brawn says he hopes the title fight between Max Verstappen and Lewis Hamilton is “won on track” after their collision in Italy.

Verstappen and Hamilton clashed through the first chicane at Monza, resulting in both retiring from the race, with Verstappen deemed culpable.

He will take a three-place grid penalty into the next round in Russia.

The duo previously collided at high-speed at Silverstone, leading to Verstappen’s retirement, with Hamilton held responsible by stewards.

“Fans will be split, I’m sure,” said Brawn on the clash at Monza, writing in his usual post-race column.

“It’s clear both drivers could have avoided it. Ultimately I think it’s another consequence of two guys going head to head and not wanting to give an inch.

“It’s a shame they ended up in the gravel because it could have shaped up to be a great race – and we were deprived of that.

“I’m interested to see what impact this has on their on-going battle for the title. We have lived through Silverstone which was a major and controversial incident.

“Personally, I wouldn’t say it has changed the dynamic. You’ve got two cockerels in the farmyard at the moment and we are seeing the consequence of it.

“I don’t think either will back off at either time for the rest of the year but I hope the championship is won on the track not in the barriers or the stewards room.”