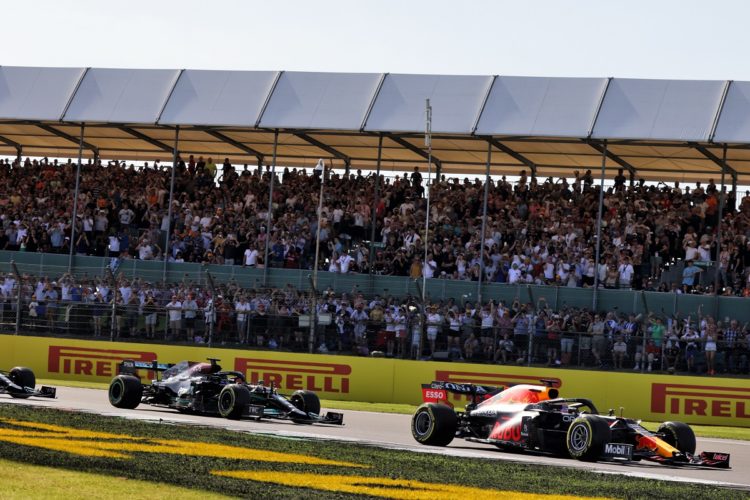 A short, 17-lap race took place on the Saturday, the finishing order of which determined the starting grid for Sunday’s grand prix.

Two more events will use the Sprint format this year, with Italy and Brazil scheduled to run the new-look event.

“What we can say is, after Silverstone the response we had from the drivers, teams and media has been really positive,” said F1 CEO Stefano Domenicali.

“Also from the promoter because if you think every day we had something, people coming to the track on Friday had first qualifying. So the outcome of the first event has been dramatically positive.”

The sport will hold a meeting at the end of the year to determine if the revised format that includes F1 Sprint should be used going forward, with F1 keen to have an alternate format at a handful of future events.

“We are going to have a full debriefing at the season, we have a plan for the future, of course, we are developing that, we are fine tuning some of the comments we received,” Domenicali said.

“If we move as we should, in that direction, the future there will not be [a new format at] every race.

“We have ideas to create a special format for certain historic grands prix and certain special awards we want to offer add to the already incredible platform of Formula 1.

“So very, very positive comments after the first exercise and ready to prepare at the end of the three events a proposal that can bring home what we can see hopefully will be a big step.”