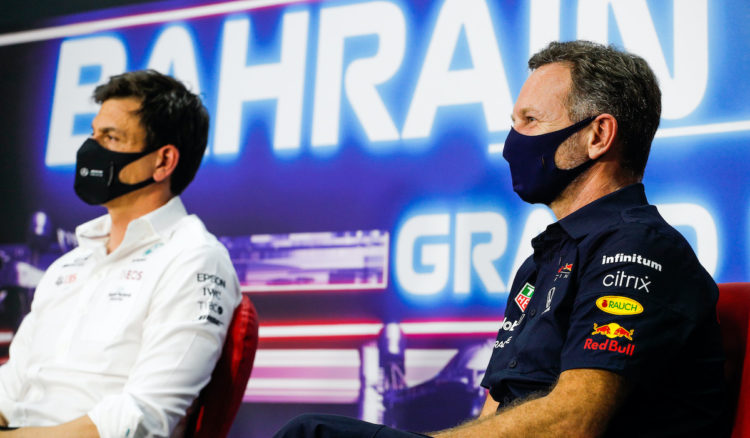 It comes after their drivers clashed on the opening lap of the race, resulting in a race retirement for Max Verstappen and a trip to the hospital for “precautionary checks”. Verstappen was given the all clear later the same day.

However in a social media post, the Dutchman branded Lewis Hamilton “disrespectful” and “unsportsmanlike” for celebrating his victory, whilst Verstappen was still in hospital – though Hamilton was not aware of this at the time and had been told his title rival was “OK”.

Their reaction has been criticised for fuelling racist hate comments directed at Hamilton, with Labour peer Peter Hain, vice-chairman of the All Party Parliamentary Group on F1, describing Horner’s comments as “plain wrong” and “very ill-judged”.

“Racists had an excuse to let fly their vitriol and evil at Lewis after what I thought was a very ill-judged, intemperate and plain wrong attack on him by Christian Horner,” Hain told the Press Association.

“I am not suggesting that Christian was implying anything racist in what he said. He was talking in pure racing terms and not racist terms and that is obvious.

“I hope it was something said in the heat of the moment when Christian was feeling aggrieved. But these are moments when leadership is required and not intemperate outbursts.”

Wolff was also critical of the language used by Horner, Marko, Verstappen and his father Jos, but hoped to be able to put it behind them in future.

“The language that was used, and making it so personal, was a level that we have not seen in this sport before,” Wolff told Autosport.

“I understand the bias on the crash itself and the emotions of a father, and I would probably be the same, but I would use different language.

“I think once the emotions are down, we will try to restore our professional relationship for the sake of Formula 1. But beyond that, there were no discussions, and don’t need to be.”

Red Bull have yet to decide how they wish to handle the matter, with suggestions they may appeal Hamilton’s ten-second penalty and push for a harsher sanction, though they would need to provide new evidence to support their case.