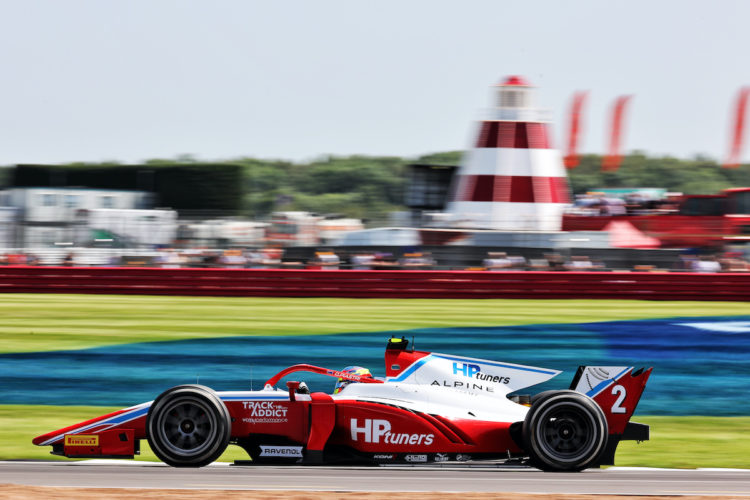 Piastri was over a couple of tenths clear of Guanyu Zhou in second, as Robert Shwartzman’s spinning PREMA brought the session to a premature end with only a couple of minutes remaining and no time to set anymore competitive lap times.

The end of the first runs saw Piastri quickest by 0.554 seconds ahead of home-hero Dan Ticktum in second and Felipe Drugovich and third.

The MP Motorsport cars of Richard Verschoor and Lirim Zendeli opted to go out in the gap for their first runs. This paid dividends with the Dutchman up to third by this point and Zendeli in tenth with just under 15 minutes remaining.

During the final runs, not too many of the drivers improved their lap times but Theo Pourchaire was one to elevate himself up the order to what proved to be fifth.

With over two minutes to go, Shwartzman spun on the entry to Stowe. The Russian stalled his car and the red flags came out, bringing an end to today’s running for Formula 2.

As a result, Piastri will be on pole for Sunday’s Feature Race ahead of Zhou by two tenths of a second on the front row. Verschoor is third ahead of Ticktum, Pourchaire, Drugovich, Shwartzman and Roy Nissany.

By concluding qualifying in tenth, Lundgaard will begin the first Sprint Race on Saturday on reverse-grid pole in front of Juri Vips, who was ninth in the session.