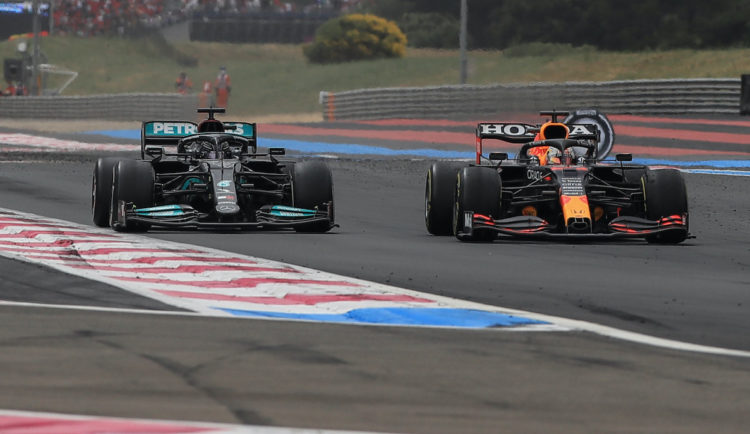 Lewis Hamilton says fighting another driver outside of his team is “much more enjoyable” and makes it more exciting for the fans, compared to a team-mate championship battle.

Hamilton has enjoyed many championship fights, however the challenge has more often than not come from the other side of his Mercedes garage, with both Nico Rosberg and Valtteri Bottas challenging the Briton, and in the case of Rosberg, even beating him to the title.

However this year the fight is coming from Red Bull’s Max Verstappen, who currently leads Hamilton in the standings with a 32-point advantage.

The seven-time World Champion compared this year to his fight against Sebastian Vettel who, with Ferrari in 2017 and 2018, finished runner-up to Hamilton.

“I feel like we had this sort of battle with, if I’m honest, it feels very similar to what we had with Vettel and Ferrari,” Hamilton said in a video on the F1 YouTube channel.

“So it’s great to see that we were having these close, tight knit battles. Those guys are a little bit ahead at the moment. And so we’ve got a massive challenge to try and just make sure we bring maximum and capitalise on any of their weak moments if they ever have any. And really just trying to extract the best of each and every single one of us in the team.”

According to Hamilton, those sort of seasons are more enjoyable when compared to the years he had to fend off challenges from inside his own team.

“It’s much more enjoyable than when you’re having an internal battle, because this sport is it’s different to other sports, right? If you look at football, everyone’s working towards the same goal.

“So you’ve got this, this battle of tension. When you’re working against the guy opposite you, it’s much different to working with that person and fighting another team. And that’s what makes…I feel that that makes better racing. That makes the championship more exciting when it’s a team against team rather than internal.”