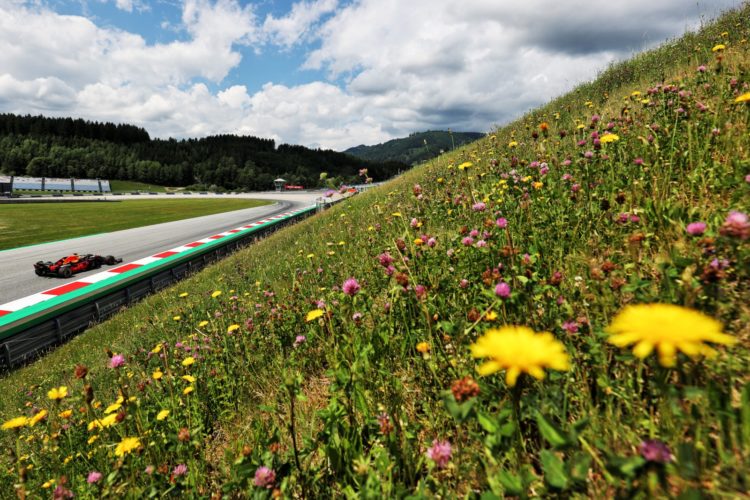 Teams racked up mileage in warm and overcast conditions at the Red Bull Ring on Friday amid forecasts pointing to wet weather later in the day.

Verstappen, who holds a 12-point lead in the championship, clocked a time of 1:05.910s to finish a comfortable 0.256s clear of AlphaTauri driver Gasly.

Verstappen previously claimed victory at the Red Bull Ring in 2018 and 2019.

Yuki Tsunoda underlined AlphaTauri’s speed by classifying fifth, close behind the Mercedes drivers, at a venue where he has vast experience from Formula 2.

Alpine’s usual practice prowess came to the fore once again with Fernando Alonso and Esteban Ocon sixth and seventh respectively.

Aston Martin’s Lance Stroll classified eighth, with Antonio Giovinazzi clocking a promising time for Alfa Romeo in ninth, ahead of the Ferrari duo of Charles Leclerc and Carlos Sainz.

Close times as a short circuit

Austria’s Red Bull Ring is one of the shortest circuits, with the quickest lap times, on the entirety of the calendar – meaning there was little to separate the field.

Several high-profile names sat outside the top 10, with Daniel Ricciardo 12th, ahead of Sergio Perez, Sebastian Vettel and Lando Norris.

They nonetheless all classified within a second of pacesetter Verstappen, with Norris – in 16th – within six-tenths of third-placed Hamilton.

Robert Kubica had his second practice outing of the campaign in his role as Alfa Romeo reserve drive.

Kubica spun early on through Turn 3 but recovered to finish 19th, in-between the Haas drivers.

Second practice for the Styrian Grand Prix is scheduled for 15:00 local time