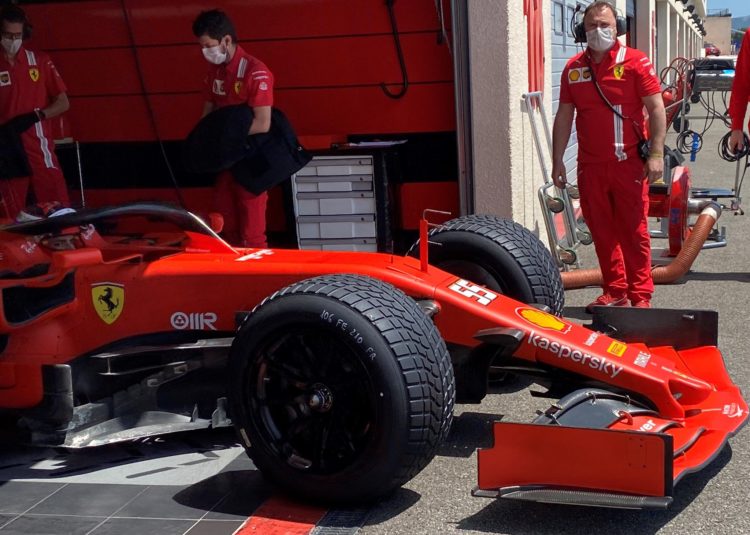 Carlos Sainz carried out wet-weather running for Pirelli at Circuit Paul Ricard on Wednesday as part of the company’s preparations for 2022.

Pirelli will introduce 18-inch tyres in Formula 1 in 2022 as part of the overhaul of the technical regulations that was pushed back by 12 months due to the pandemic.

Mercedes was originally scheduled to take part in the test but was replaced by Ferrari owing to concerns related to the budget cap.

Sainz, fresh from his maiden Ferrari podium at the Monaco Grand Prix, took over on Wednesday and completed 167 laps behind the wheel of a modified 2019-spec SF90.

Sainz split running between the Intermediate and Full Wet tyres at the venue which has a built-in sprinkler system.

Further two-day tests on the dry-weather prototype tyres are planned after grands prix at the Red Bull Ring, Silverstone and Budapest, while another wet tyre test is set to take place at Magny Cours in mid-September.

The new-for-2022 compounds are then set to be trialled by all 10 teams at the Yas Marina Circuit after the season-ending Abu Dhabi Grand Prix in mid-December.