Hamilton expects Red Bull to be ‘different animal’ in 2021 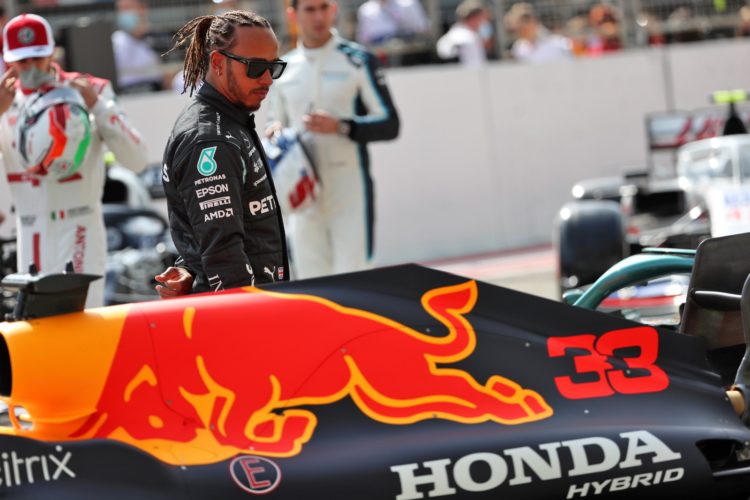 World Champion Lewis Hamilton says he expects rivals Red Bull to be a “different animal” in 2021 after its encouraging showing in testing and the recruitment of Sergio Perez.

Mercedes has won all seven world titles in the hybrid era and romped to last year’s championships, taking 13 victories from 17 grands prix.

Red Bull finished a distant second, with Max Verstappen regularly Mercedes’ sole challenger, though the team has now signed Perez – who finished fourth in 2020 – as the Dutchman’s team-mate, in place of Alexander Albon.

Verstappen led Friday’s running on a smooth day for Red Bull while Perez fronted the timesheets on Sunday morning in Bahrain.

“I think they’ve had some really good running, both their drivers are looking quite strong,” said Hamilton.

“They’re going to be a different machine or animal this year I think with a real good strong line-up of the two drivers and I think a really good car.

“Having seen them winning the last race you can only assume they’re going to be right there, if not at the front, of the first race, and it’s going to be a great, long battle with them throughout the year.”

The early stages of Mercedes’ Bahrain test were complicated by a gearbox problem for Valtteri Bottas as well as a spin for Hamilton, though progress was made through Sunday morning.

Hamilton stressed that Mercedes is unconcerned by its setbacks and was “excited” by the early displays of some other teams.

“This is the perfect time for us to find the issues and have the problems, so I welcome that, and I think everyone is just keeping their heads down,” he said.

“No-one is particularly phased by it, we’re a multi-championship-winning team and we know how to pull together and keep our head down and focus on the job.

“Without doubt it is quite impressive to see the speed of some of the other teams, Red Bull are looking particularly strong, it’s great to see McLaren looking strong, and also Renault. I’m excited also as that means more fun.”