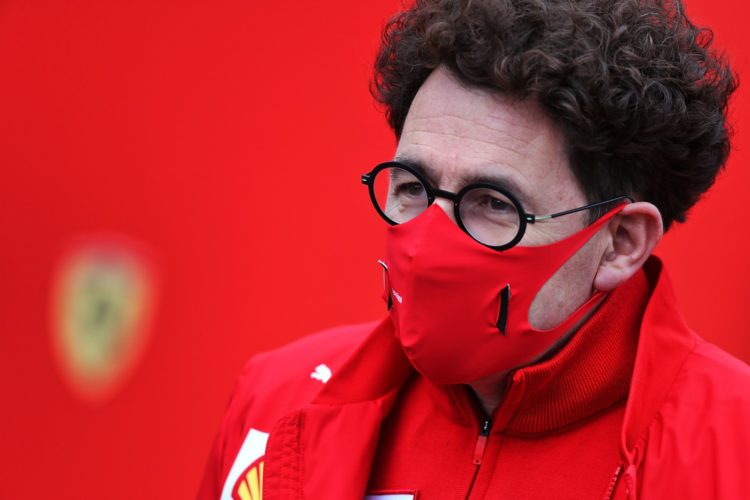 Ferrari GT driver Josef Kral sent the rumour mill into overdrive on Friday when he suggested Ferrari Formula 1 team boss Mattia Binotto had been sacked by the team, and would depart following the upcoming pre-season test in Bahrain.

However the Czech driver clarified his comments on Saturday in a post on his Twitter account, in which he explained that he was simply sharing an opinion that Binotto’s position was under threat because of the Italian outfit’s recent run of poor form.

Some websites picked up on his comments and ran them as fact because of his links to Ferrari. In the deleted video, Kral suggested Binotto’s future was questionable and that he could face the chop if pre-season testing proves Ferrari has designed another dud.

But on Saturday, he posted the following: “Just to make it loud and clear… some of my recent comments about Scuderia Ferrari have been misinterpreted and taken out of context,” he wrote.

“What I said was based on my own opinion and without any real base or information. I apologise if these speculations have created any issue.”

Binotto’s position isn’t thought to be under threat as Ferrari looks for some stability heading into 2021 and particularly 2022 when F1 undergoes a regulatory overhaul.

However the team will be looking for an improvement in its performance after it suffered one of the worst seasons in its long history, in which it finished a lowly sixth in the Constructors’ Championship with just 131 points, less than a quarter of champions Mercedes.

Binotto recently confirmed he would be absent from some races this season as he focusses his efforts on next year. Sporting Director Laurent Mekies will take charge at those events.