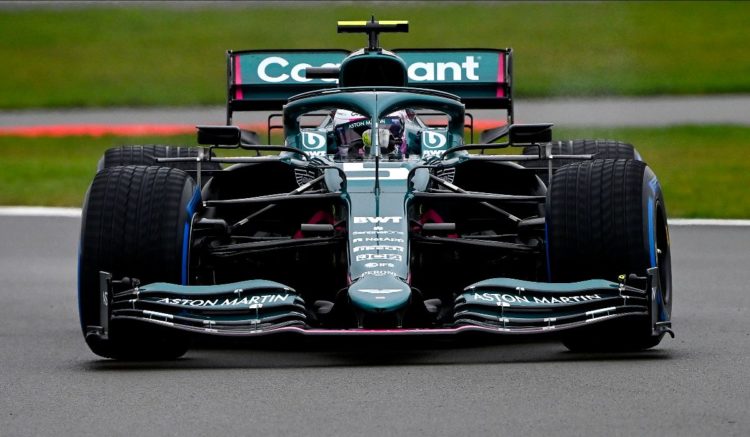 Sebastian Vettel made his first appearance behind the wheel of Aston Martin Formula 1 machinery during a filming day at Silverstone on Thursday.

Both Vettel and team-mate Lance Stroll sampled the AMR21 in wet conditions, with a limit of 100km overall, owing to Formula 1’s regulations.

It means all Formula 1 teams bar Mercedes, Ferrari and Haas have run their 2021 cars.

Williams’ FW43B, which has already run at Silverstone, will be unveiled on Friday.

Ferrari’s SF21 will be revealed on Wednesday ahead of pre-season testing in Bahrain from next Friday (March 12).