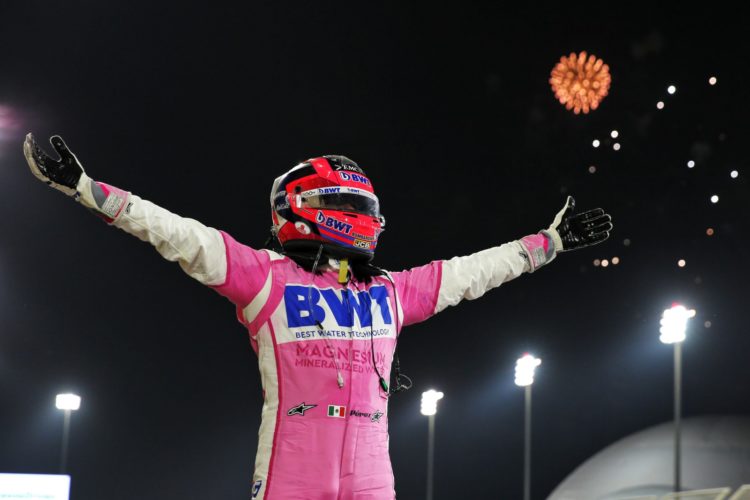 It should not be a shock that the driver fourth in the championship, with the third-best car, and who could have scored podiums in the last three races, was able to claim victory. But such has been the nature of Sergio Perez’s career that finally witnessing the Mexican climb atop the podium was a sensational development. He had only previously led 25 laps in his entire Formula 1 career. He has never qualified on the front-row of the grid. And he found himself facing the wrong way, down in 18th, after just four corners of the grand prix.

So how on earth did he win that race?

Perez was not necessarily a massive outsider despite having failed to take a win in his previous 189 race starts in Formula 1. His fully-deserved Turkey podium should have been flanked by two other top-three finishes at Imola and at the first Bahrain race. A strategic blunder and an MGU-K failure denied him two potential trophies. At the outer Bahrain layout Perez qualified fifth despite being at a slight disadvantage in having to run an older specification power unit after the previous weekend’s failure.

A fantastic start propelled him into contention for the podium but a waywardly optimistic Charles Leclerc punted him around at Turn 4, dropping him to the rear of the field. But there were three factors that worked to Perez’s advantage even amid the frustration. The first was that his RP20 had escaped substantial damage and was spun into the run-off, avoiding either getting beached in the gravel or collected by a midfield driver. The second was that one main challenger for victory, Max Verstappen, was caught up in the clash and was out of the race. The third was that the presence of Leclerc’s and Verstappen’s cars in the run off meant Perez could pit, exchange his battered Soft tyres for new Mediums, and re-join at the rear of the train. From there he could run an effective one-stop strategy, a luxury the non-Mercedes top 10 starters did not have, for their Softs would likely necessitate stopping twice. But there was still another negative.

“I did a big mistake during the Safety Car,” said Perez. “I locked up, warming up the brakes, I locked up badly the front left tyre and since that first lap of the race, I had so bad vibrations but it was hard to keep the steering wheel tight. There were times when I told the team that we should box I was losing lap time but still the pace was strong at that point.”

When the pack was unleashed Perez carved his way through the backmarkers, including profiting from a mistake by 2021 replacement Sebastian Vettel and passing Red Bull’s Alexander Albon, to move into contention for the top 10. As off-set rivals made their first stops Perez briefly held a podium spot and was able to extend his stint longer than planned despite the flat-spot sustained prior to the lap six restart. When Perez came in for his stop on lap 47, taking on new Hards, there were still 40 laps left to run, and he held only ninth.

Up ahead were the Mercedes drivers – in a different league – Carlos Sainz, Daniil Kvyat, Daniel Ricciardo and Pierre Gasly – all of whom had to stop again – as well as Esteban Ocon and Lance Stroll, the Renault driver having brilliantly swept around Perez’s Racing Point team-mate. Gasly stopped shortly afterwards while Sainz, Kvyat and Ricciardo all came in when the Virtual Safety Car was deployed following Nicholas Latifi’s stoppage, a suspected oil leak halting the FW43. Sainz and Ricciardo missed the optimum window, having dived into the pits just as the VSC phase ended, but even with the neutralisation period the delta was such that Perez would have cleared the trio.

It elevated Perez to fifth, and he had faster speed and slightly fresher tyres than Stroll and Ocon in what was the battle for the final podium spot. Up until that point Stroll had an excellent grand prix, nursing his Softs for 42 laps, far longer than his previous rivals (Sainz, Ricciardo and Kvyat), who had reacted when AlphaTauri called in the Russian. Stroll’s extended Soft stint meant he had made a one-stop work and effectively jumped those three drivers. Perez sized up Stroll and was dealt a helping hand when his team-mate locked up heavily until Turn 4, drifting wide, and in the process gifting Perez fourth. Perez’s superior traction soon after through the opening complex gave him a perfect slingshot on Ocon through Turn 3 to ensure he out-dragged the Renault driver into Turn 4.

“When we stopped for a second time and got onto the Hard tyre, it felt like a limousine to drive,” joked Perez. “It was so smooth and we had some great pace, so I was able to overtake Lance and then get past Esteban.”

Perez, though, was half a lap behind the flying Mercedes drivers and in many ways it was not a surprise order: the fastest two cars were 1-2 and, in the absence of the second-fastest cars (one out, one struggling), the third-best cars were 3-5, split by the fourth-fastest package.

Aitken lost control of the FW43 through the final corner and was lucky and unlucky. His fortune was that he didn’t suffer a sizeable accident, akin to Albon’s Bahrain practice crash, but his misfortune was that he still swiped the barrier, detaching the front wing from the car, and leaving it precariously placed on the racing line.

The Safety Car was called and in came the Mercedes drivers, with the team having enough in hand to make a ‘safety stop’, giving both drivers fresh Mediums for the remaining 25 laps. But it was a late call and a radio communication mix-up led to a disastrous set of circumstances. Bottas’ front tyres were fitted to Russell’s car, Russell was sent on his way, and when Mercedes realised that it could not fit any Mediums to Bottas’ car he had to be waved away, after a lengthy delay, on the Hard tyres he had used for stint two. That prolonged stop relegated Bottas, promoting Perez to second, but when leader Russell peeled into the pits to have the correct allocation of tyres fitted it elevated the Racing Point driver to the head of the pack.

It was still far from a foregone conclusion for Perez, with the danger lurking from Russell. Key to Russell’s fightback would be how he would mentally deal with the setback and how quickly he could respond. He answered brilliantly. Bottas locked up into Turn 4 and Russell pounced, making the run through Turn 5 work to sweep around his team-mate through the exceptionally bumpy Turn 6. It was a superb move, and one which heaped more pressure on the struggling Bottas, but crucially it allowed Russell to get on Stroll and Ocon, clearing them both with ease.

Perez mastered the restart, crucially breaking the risk of Ocon receiving DRS, and held a lead of 3.4 seconds by the time Russell moved into second. That fell to 3.2, 2.7 then 2.3 on successive laps – before stabilising – setting up the prospect of a scintillating finale. But Mercedes had detected an anomaly on the data coming from the left-rear tyre and deemed that Russell had suffered a slow puncture. In he came, exasperated at his plight, handing Perez an eight-second gap over Ocon.

The lap counter eventually ticked to 87 and Perez greeted his jubilant Racing Point team to win the race. It came at the 190th time of asking, setting a new record, beating the 130 races Mark Webber took to lodge his maiden triumph.

“I hope I’m not dreaming, because I’ve dreamed for so many years of being in this moment,” said Perez.

“I worked my whole life for a moment like this. To finally achieve it… It’s difficult to digest. I think it will take a couple of days, but it’s just something incredible.”