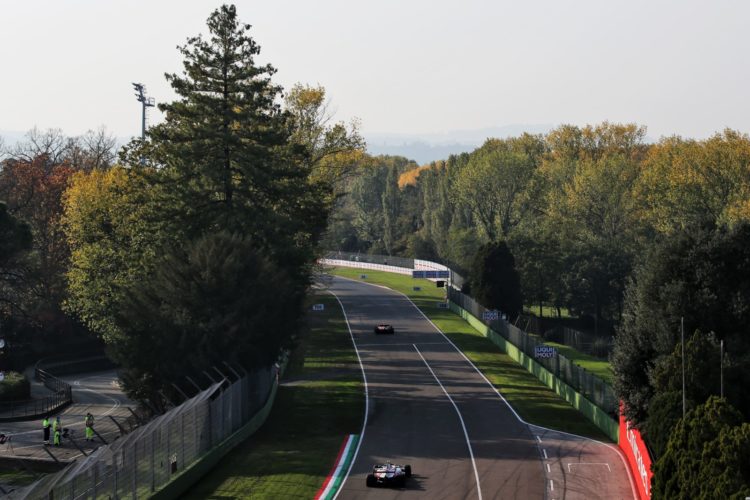 Formula 1 drivers have heaped praise on Imola amid the championship’s return to the circuit following a 14-year absence.

Imola was on Formula 1’s calendar between 1980 and 2006, standing in as the Italian Grand Prix before getting a new role as the San Marino round.

It has returned as a one-off event as part of the heavily revised calendar implemented by Formula 1 in the wake of the Covid-19 pandemic.

Of the 20 drivers only Alfa Romeo’s Kimi Raikkonen previously competed at Imola in Formula 1, from 2001-06, though most of the field have raced the circuit in junior categories.

“It’s really historic and it’s always special going to races, to race tracks you’ve watched on television since you were a kid, said Haas’ Kevin Magnussen.

“I’ve been to Hollywood or whatever, it’s just that feeling when you see a place on television 100 times, it’s always special to go there in real life and explore it yourself.

“And then on top of that, the track is just absolutely awesome to drive. It’s really narrow, again one of the super important things is there is not a lot of run-off.

“It’s just old-school, bumpy. Kerbs that are actually a challenge to use, it’s not just one of those standard ones that the FIA are putting into all tracks, basically. It’s just unique.”

“Even the chicane, Turn 14/15, the slow speed chicane, it has kerbs that you can attack. That is fun.

“You can really hustle the car and you even see some guys taking the yellow, bigger part of the kerb. I loved it all.”

Williams’ George Russell, who made it through to Q2, revelled in the experience.

“It’s a proper thrill, we need to come to more tracks like this,” he said.

“It’s so exhilarating for the driver knowing you’ll be in the gravel or the wall if you make one error, it’s mega.”