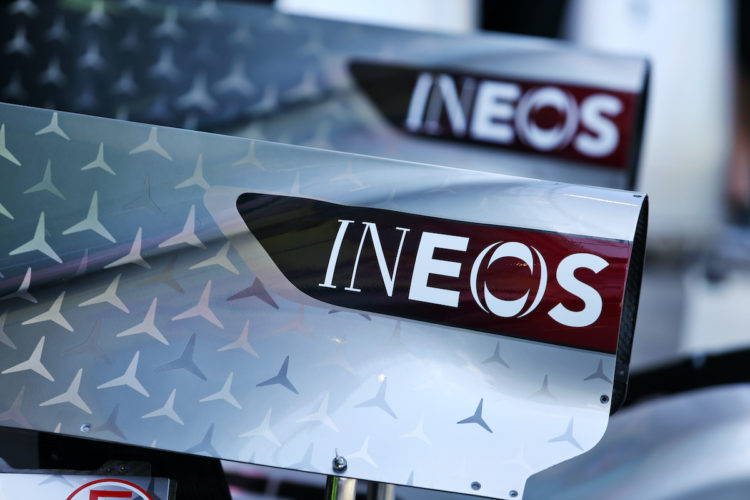 Former Formula 1 team boss turned pundit Eddie Jordan has claimed Ineos, a sponsor of the Mercedes F1 Team, is looking to take a majority stake in the outfit.

Ineos is a UK-based multinational chemicals company owned by billionaire Sir Jim Ratcliffe, and currently sponsors the Mercedes team, with flashes of red appearing on the W11 as part of the deal this season.

Jordan, who has a history of making bold claims which often hold some merit, said Ineos is seeking to takeover the team which would see it renamed, with the German manufacturer retaining just 30 per cent ownership.

“The ownership of the team is going to be taken over by Sir Jim Ratcliffe and Ineos,” Jordan said in an interview with the Mail on Sunday.

“The Ineos name is already on the side of the car anyway and they have this technological partnership, so this is a nice way out for Mercedes.

“The team will be called Ineos but it will still be run from the factory in Brackley and Mercedes will retain a 30 per cent share in it. It will not be known as Mercedes any more and Toto Wolff, the team principal, will no longer be in charge.”

Toto Wolff is known to be reconsidering his future at the team, but has yet to confirm his plans though a decision is imminent and it’s expected he will remain involved, but in a reduced role.

It seems unlikely however that Mercedes and parent company Daimler AG would want to walk away from F1 given their current success and the marketing value it brings.

Television coverage alone during the season is estimated to have generated a cumulative television Advertising Value Equivalent (AVE) of $5.406 billion for Mercedes and its commercial partners.

Meanwhile its latest accounts show that the team is profitable, turning a profit after tax of £14.7m, whilst parent company Mercedes-Benz AG itself contributed just £28.3m to the team.

Whilst a takeover is unlikely, it might make sense for Ineos to invest in the team and to become a title sponsor with increased branding.

A more likely scenario is that Ineos could purchase Niki Lauda’s 10 per cent shareholding and even some of Wolff’s 30 per cent if he is looking to sell.